2020 was a year to remember.  It started well too normally, with some distant news about a suspicious disease in Asia.

However, we had heard similar news before, so nobody here paid a lot of attention.

Everyone was in a rather hopeful mood.  It was the Year of the Metal Rat and sites were anticipating great luck to the natives of this sign, such as myself. 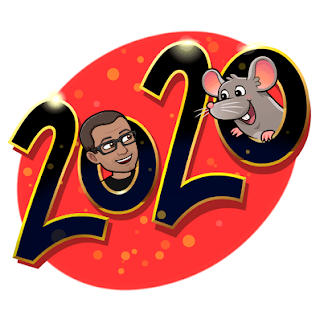 Little did I know how this year was going to affect me and everyone around me.

Soon, everything turned upside down, uncertainty was oozing from every wall as I was trying to find my way through a slippery moss-covered maze that seemed never-ending.

I lost money, work increased three-fold and became an alien activity, family members got very sick, and, in general, stress and anxiety became the two monumental columns upon which collective experience rested...

Some goals had to be postponed, daily life was interrupted and contradicting instructions were issued regularly, adding up to the reigning confusion.  Even my blog was almost abandoned!

When I look back, 2020 does not feel like a year; it is more like a zipped quinquennium, one that got the best of us and wrecked many lives.  It's the zombie year. 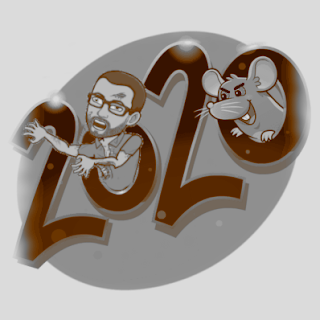 But today is the last day of 2020 and I would be truly ungrateful if I said that it was a year to throw away and forget.

This year pushed me to experiment with video/audio resources in Linux in a way that I never thought possible.  Kdenlive, the program that I never understood, became a friend for me and my everyday support for work.  My dream of working from home became an odd reality.  I intensified my home training physically, technically, and intellectually.

This year also drew me close to my loved ones in a way that it is very difficult to put in words...  Family and friends... But I am talking about the good friends, the ones that see you through in dark times.  "The strength of the wolf is the pack", said the wolves in The Jungle Book.

And I would not be lying if I said that there are things that 2020 brought that I do not want to lose when "normal" comes back.

The overwhelming events today feel like heavy, absurd gifts that I do not know how to use.   Like a rain of gigantic popcorn that buried me. 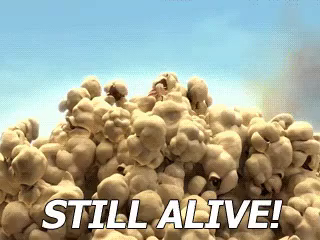 Yesterday, Megatotoro gave me a present.  It was a funny T-shirt that I really liked: Today, while I was wearing it, I realized that tomorro... 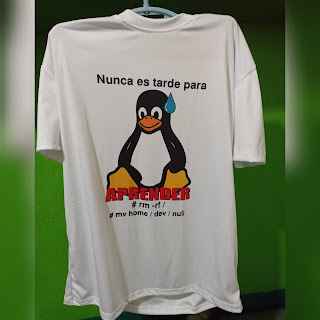