As I promised, I bought the PowerPack version of Mandriva to test it. I installed it to a virtual machine because my main goal is not to check for performance, but to see what Mandriva 2011 PowerPack offers that you do not get in Mandriva Desktop 2011. Eventually, I'll install it to my testing laptop but, for the time being, a virtual machine will do.

The installation process is basically the same that one finds in previous Powerpack versions. However, this time, the DVD waits a bit before it boots. That gives newbies some time to read the instructions on the screen, which is good.

The installation process also has a main difference: this PowerPack version offers you more customization of the computer instead of simply bloating it up with all kinds of software. 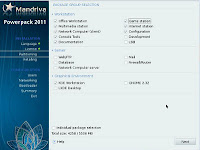 So, you get to choose whether or not to install games, multimedia programs, documentation, or if you want to install your own packages. It also gives you desktop options: KDE, Gnome 2.32, or LXDE. Why not Gnome 3? Well, I suppose that since KDE comes with the ROSA SimplyWelcome as default, they chose to avoid some duplicity.

For the summary, if you define a country, you can also choose to install IMEs to type Chinese, Korean, Japanese, etc. I chose iBUS. 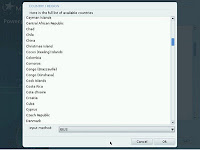 After the selection, the installer downloaded the necessary packages. This is convenient, but it is also offered in the free Mandriva Desktop 2011 version. You create your account and choose your avatar (I chose the cat) and then you are ready to let the system reboot. I liked the fact that the old booting screen is back...Well, sort of: they combined the Mandriva 2010 and 2011 booting screens! After a while, you are finally taken to your Mandriva 2011 PowerPack desktop: 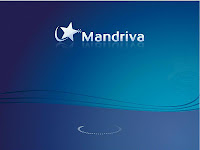 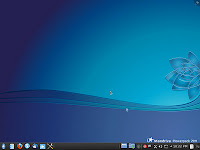 I really liked the wallpaper because of its colors and because it brings memories of previous PowerPack versions.I fired up the SimpleWelcome and noticed two things: At the top of the screen, my cat avatar was replaced by an image of some pebbles, the avatar of the Guest account. No matter if I changed the image using KDE controls or Mandriva Control Center, the pebbles didn't go away. However, if I logged out, I coud see the image of the cat.

The other thing I noticed is that there were lots of programs that were not offered in the free version, although you can get them from the repositories anyway. The main problem that a newbie could face is probably getting to configure drivers correctly, which is one of the additional values that PowerPack offers.

Here are the images of the application categories: 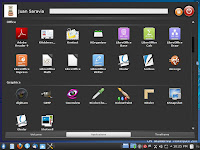 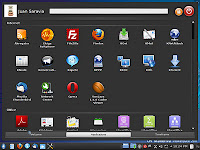 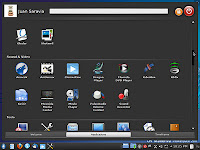 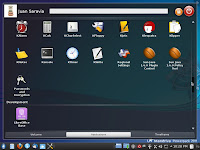 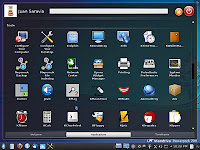 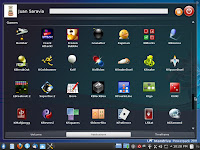 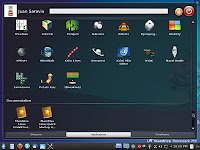 Firefox version is 8.0.
Then, it ocurred to me to delete the Guest account and... voila!, my cat avatar finally appeared at the top. 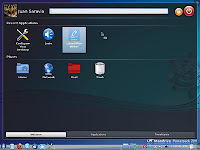 I think that the PowerPack version is a good option for newbies who are not interested in spending some time learning how to configure video (yes, Flash is working out of the box) and that want games, more software, or additional value (support) out of the box for a fraction of the price they would have paid for Windows. I got the discount, so Mandriva 2011 PowerPack cost me $47.20 instead of $59. Was it worth it? Well, for me, it was a satisfactory purchase.

To be honest, I cannot regret having used little amounts of money to support Linux projects. After all, Windows cost me a lot more and, if I add up all the money I wasted paying technicians to destroy my data and put Windows back, I can say that I have a good reason not to complain.

My only regret is not being able to make a small contribution to Mageia. 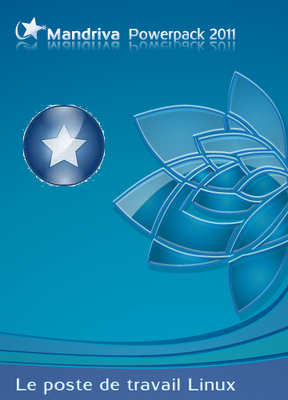 Right on time, Mandriva released its 2011 PowerPack version.
With the announcement, they ratify that Mandriva will be now releasing one version per year, not two versions, as they had been doing.

What does Mandriva PowerPack version offer? Well, the distro promises all drivers, the smart desktop technology, the Fluendo DVD player, and three months of free Web support, among other features.

PowerPack is a commecial version; you must pay $59 to download it. Is it worth it? Many Mandriva users always asked the same question before because of the existence of Mandriva One, a version that made installation and use of Mandriva very easy up to version 2010.2. However, it was discontinued.

I am a 2010.1 PowerPack user. Do I want to change to 2011 PowerPack? Honestly, I am not sure about that. One thing I know: I am very curious to see what Mandriva has to offer in this new commercial version, so I'll buy it an post later about it.
en noviembre 15, 2011 1 comentario:

In this post, I talked about my experience with a new HP laptop computer that I bought. I also tried the latest releases of some other Linux distros, such as Pinguy (did not enable Wi-fi), Ubuntu (crashed at logout), and Chakra (also failed at enabling Wi-fi), I finally decided to keep these three:

PCLinuxOS
It is my main OS, so I will use it to work quickly and efficiently. I configured an additional panel that auto-hides to fire up the applications that I use the most. 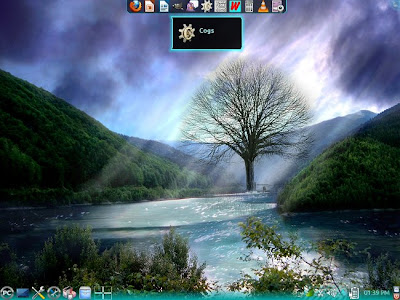 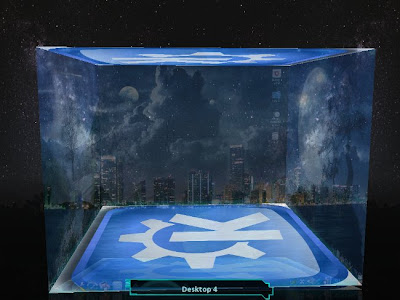 Interestingly, PCLOS does in this laptop something that Mandriva 2010.2 could not do very well in my desktop: run the Humble Bundle games! I can play Cogs, Crayon Physics, and Machinarium. 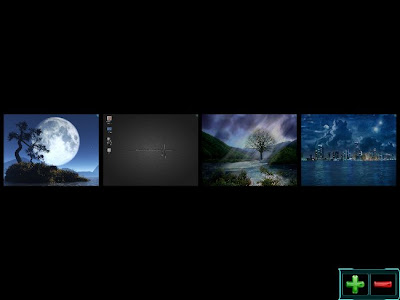 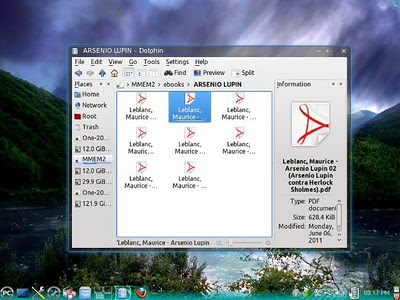 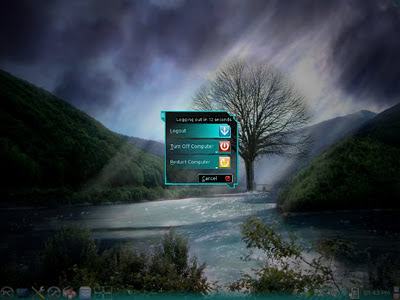 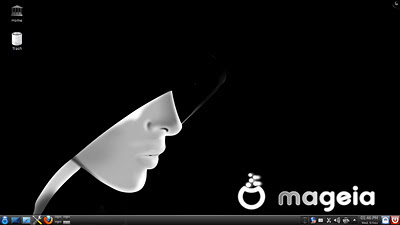 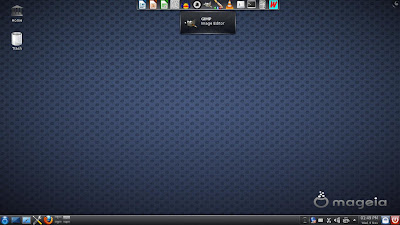 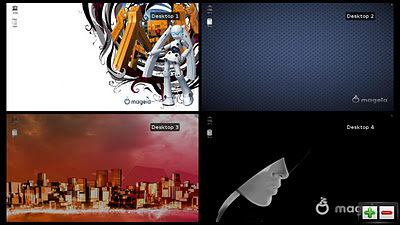 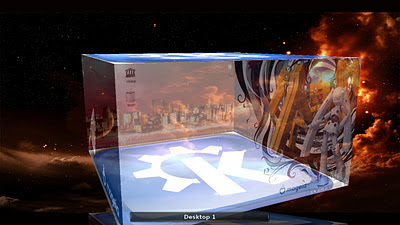 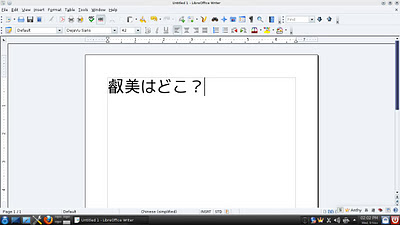 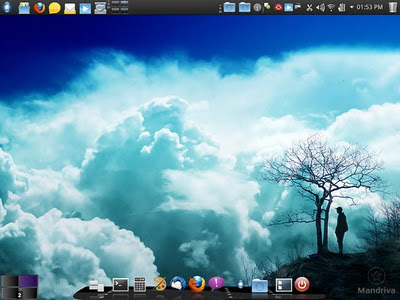 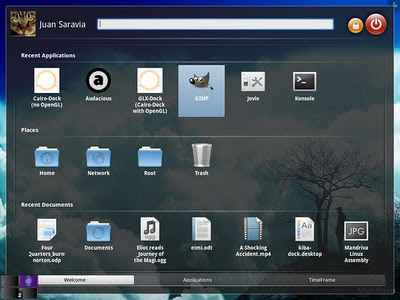 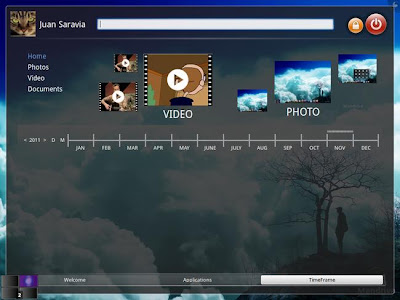 Desktop effects are running perfectly. Here are the KWin cube and the desktop grid.

PCLOS came with Pidgin as the IM client. I downloaded Kopete, but it refused to connect to MSN because it lacked a protocol. Pidgin connects without any problem.

The desktop theme is called "Ghost". I like the glow it adds to the dialog boxes and the semi-faded look it gives to the bottom panel.

One very good thing about PCLOS is that I did not have to break my head to get VLC to run. I just downloaded it from the repositories and it played all sorts of videos. 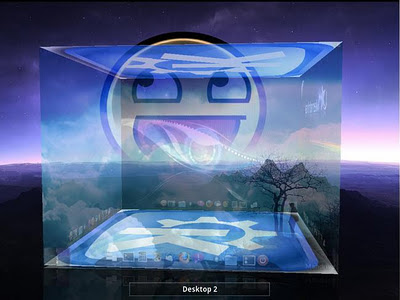 Mageia 1:
It will be my production distro. Since Mageia works exactly as Mandriva 2010.2 PowerPack does, it is convenient to have it in case I stumble upon a problem that I cannot solve. I spent more time configuring desktop icons here. I also added a top auto-hiding panel. Kopete was running but something happened and it now simply refuses to connect to MSN. Consequently, I downloaded Pidgin.

Again, the desktop effects are running perfectly. One challenge was to get VLC with the codecs, but I found a thread in the Mageia forums where someone suggests to activate the "tainted" repositories to get VLC to play more video formats. That took care of the problem.

One funny thing that happened is that Mageia 1 Live CD did not let me work with the Japanese IME iBus(it works flawlessly in Mageia 1 DVD, but that release did not activate the Wi-fi of this computer). Hence, I compromised and now I use SCIM, just like in Mandriva 2010.2. 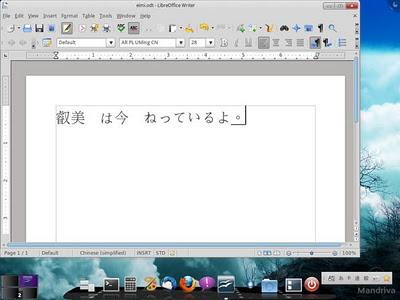 
I did customize a lot more here. I moved the ROSA panel to the top and selected the auto-hide property. Then I added the Cairo Dock at the bottom.


I was not planning to install this distribution because I was not very happy with the ROSA SimpleWelcome and Launcher. I know that I can change it to a default panel, but still... However, after running the Mandriva Desktop 2011 Live DVD and seeing that it enabled the Wi-fi and the sound (which Mandriva 2010.2 had failed to do), I installed it.

Maybe the feature that made me reconsider my position about the ROSA SimpleWelcome is the time line. I find it rather interesting and convenient. Nepomuk must be enabled for it to work and that implies an additional wait of 15 seconds at boot, but I can live with it.

The Kwin effects are running without any problem.

I know that this customization is way too flashy because of its overdose of eye-candy, but it is good to show people what you can do with Linux without a lot of technical training.


More importantly for me, Mandriva Desktop 2011 also lets me type in Japanese (via iBus).

The last thing I did was to synchronize Firefox, so that all the OS's in the laptop share the configuration of the browser in my desktop.