When the walkin' gets tough, the Zen get walkin' 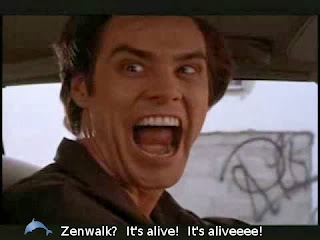 After a rather long hiatus, which made many Linux users uneasy, today I read the announcement that Zenwalk, the Slackware-based Linux distro, is back.

How could I forget a system that made me fail so miserably first, but taught me a great deal about Linux later?

Hyperion made the official announcement of Zenwalk 7.4 beta 1:

Zenwalk 7.4 BETA is ready for testing.

In this release you will find :


Several applications of previous Zenwalks have been replaced : Mplayer is now the multimedia player (instead of Totem), Lxdm is the display manager (instead of GDM), Xfburn is the CD:DVD burner (instead of Brasero), Geeqie is now the image viewer.
Great!  Downloading time!!