The Blue Bird Effect: Scanning with an Epson XP 231 multifunction printer on Elive 3

Mamerto Menapace, an Argentinian monk, wrote a story entitled "El Pajaro Azul" ("The Blue Bird").  In this story, a prince gradually falls very sick and no doctor can determine the source of his disease. A hermit is brought from his mountain as the last hope, and this wise man tells everyone that the prince is dying of nostalgia.  To get cured, the prince must start a journey looking for a rare blue bird. 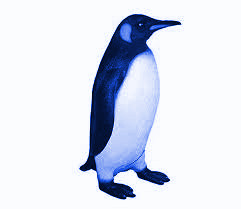 So, the sick prince travels all around the earth, in an futile attempt to find the blue bird and become well again.  However, no person has seen the bird and, defeated, he returns home as an old man only to discover that, among all the other birds that he had in his palace, there was a particularly blue one.

Well, that same thing just happened to me with my Epson XP-231 multifunction printer and Elive 3.0, the new OS on my laptop.

Elive has been running magnificently; I could not be feeling happier.  Nevertheless, the real test of the OS is to get my printer/scanner to work.

The first part, printing, was not that difficult.  Even thought Elive comes with a convenient utility to add a new printer (the same one I have seen in Mageia 6) in Applications/preferences/print settings, the process of adding the printer gets stuck.  But this problem can be circumvented by opening the browser and typing http://localhost:631/ to go to CUPS.  From there, one can add the printer (once that the iscan bundle with the drivers is installed).

Scanning was, on the other hand, a nightmare.  I read lots of forums and tried many solutions to no avail.  Defeated, I ran another search and found a blog post with a procedure that looked promising.  I tried this last solution and, sure enough, it worked like a charm.

The great irony here was that it was Megatotoro, my own brother, who had posted here the procedure that I needed!  I looked all over the internet and the solution was closer than I had imagined, a complete blue bird effect.

In Elive, one has to basically use SciTE as root to open the files dll.conf (to add the line example-backend), epson.conf, and epson2.conf (to add the values that one gets with the comand sane-find-scanner in Terminology).  In my case, I had to uncomment, in both files, the line usb 0x01aa 0x0001 and modify it to read:

Now I can both print and scan on Elive 3.0 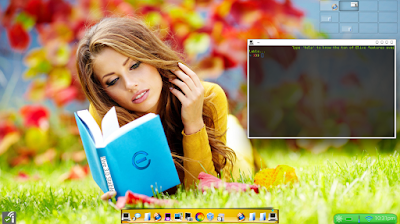 One last job for my ZTE Open phone 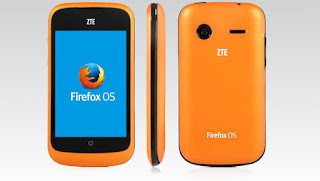 My first cellphone was a ZTE Open that I bought on 2014.  It ran Firefox OS, which Mozilla discontinued in December 2015.  This meant that cetain apps ceased to work and the phone lost functionality.

I was happy with Firefox OS, but I had to replace it with an Android phone.  My ZTE Open became a museum piece that I turned on occassionally, mainly to play with my daughter some games that still work.

Last week, though, I took the 4-year old phone to an event to serve as an audio player.  I noticed then that the battery has started to swell.

Tomorrow, I will take it to class to play audio again.  I do not know how much time my ZTE Open has left, but it has been a champion.

Good things come to an end...

After a long period of development, Elive 3.0 has been finally released today.

Wow, I still remember the first day I saw Elive Topaz 2.0.  Never had I seen a distro most beautiful and efficient.  However, back then, the live CD asked for payment to download an installation module, which put me (and many other Linux users, I learned later) off.

Of course, those days, I was still discovering the world of Linux and Free/Open Source Software, so I had many inaccurate ideas about distros.  I did not know much about KDE or Gnome, let alone mention Enlightenment.  I struggled with GRUB.  I still did not understand the functionality of multiple work spaces and, obviously, I assumed that "free software" was meant to be free of cost.

Gradually, I became more supportive toward the idea of paying for Linux-related work that I loved and that, understandably, was something that I could not do myself due to my technical limitations.  I began paying for Mandriva Powerpacks, for example.  And I donated money, too.

I decided that I wanted to give Elive a chance.  "But I will support version 3," I said to myself.  That was 8 years ago.

Since then, the Linux landscape has changed a lot and those changes have also modified my perspective.  Mandriva, the distro that took me out of Windows, is gone.  Mageia came along, but seems to be stuck at release 6.  I started using PCLinuxOS and OpenMandriva.  I learned how to use GRUB2, made peace with KDE Plasma, and I installed unfinished versions to my main computer.  The unthinkable!

The latter is what happened to Elive.  I have been using beta versions... and I did not mind donating to the project.

Now, I am downloading the long-awaited release of this new version of Elive, which will replace my beta install, and my dream of having Elive 3.0 will become a reality.