Bendy and the Ink Machine Chapter 3: A Roller Coaster on Linux

Although I am not a gamer, I like to play games occasionally.  To do so, I I run Steam on my Linux computers.

One day, I stumbled upon a title that happened to be interesting: Bendy and the Ink Machine.  It is a horror game that relies more on the ambience than it does on jumpscares to create its effect.

The first chapter is free, so I installed it and played it.  I liked the experience, so I bought the second chapter. It was good.

I joined the crowd that was waiting for the third chapter and, when it came available on September, I bought it. 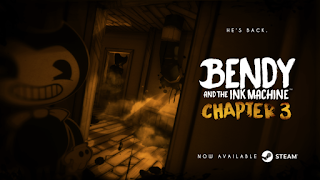 The problem was they released an update that broke the game on some Windows machines and, for what I could see, prevented Linux users from running the game.

After a while, somebody came up with a solution and posted it on a forum.  One had to add this line to the properties of the game: -screen-fullscreen 0

With that, I could play the game again on Linux.

The company wanted to surprise the user base.  So, they released an update that combined Bendy and the Ink Machine with another game, Hello Neighbor.  It was a Halloween gift.

However, the new update broke the game on Linux again.  This time, not even the magical line helped.

Today they released another update.  The game started, but crashed.  Understandably, many users are not very happy about it.

But that is not a solution...