I had to replace my daughter's desktop computer because it fried during an intense storm. Fortunately, I could rescue the two hard drives and, thus, I did not buy a new hd with the new system.  One disk was a storage unit; the other one dual-booted with PicarOS and Mageia 6 Sta2.  Normally, it would have been a matter of stuffing the HDs and telling the BIOS to pick the one with the OSs.  The new PC, however, came with UEFI.

I expected no real problem because, having successfully replaced my own desktop two months ago with an UEFI machine, the system picked up the two disks and now dual-boots OpenMandriva Lx and Mageia 5. In addition, I had worked with Mageia on an UEFI machine before and had no problems.

My daughter's computer was different.  Since I wanted to replace the out-dated Mageia 6 Sta2 install, I booted the machine with a pendrive that contains the recently-released Mageia 6 RC iso, which detected UEFI and booted in UEFI mode.  Even when I disabled secure boot and everything, I got stuck at the partition stage during installation: the installer kept saying that I needed to mount a partition in /boot/UEFI. 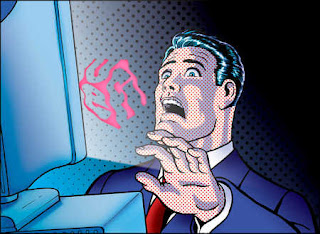 I read the Mageia install documentation because I did not want to lose PicarOS if I reorganized the partitions.  According to the guide, the best approach was to erase the Mageia 6 Sta1 partitions and later select "auto-allocate", so that the installer could take care of the partitioning using the empty space.

It did.  It created a 300 MB UEFI partition before /, the swap partition, and /home.  Before completing the process, I picked "Install GRUB2 on UEFI partition"  It was painless.  "Well, that went smoothly," I said to myself while savoring my easy triumph.

However, my smile vanished when I attempted to boot the system.  GRUB2 reported problems and, after changing options to tell UEFI to pick the correct HD, the machine simply refused to start.  To add insult to injury, the system no longer wanted to recognize the USB device as a legitimate bootable source.

After changing things again, the PC booted from the pendrive at last, so I decided to try to install once more, but this time paying careful attention to the disk or partition where I was going to put GRUB2 into.

At the partition stage, I deleted my Mageia partitions to free space and selected "auto-allocate."  I could not help but noticing that the installer did not create a UEFI partition this time. Weird.

With no UEFI partition, I put GRUB at the MBR of the HD and finished the install.  I re-started the machine fearing the worst.

GRUB2, nevertheless, picked up PicarOS and Mageia.  In disbelief, I booted PicarOS.  Everything was OK there, so I booted Mageia next and, after a while, my daughter's new desktop greeted me with the Welcome screen of Mageia 6 RC.  The installation was a success.

I wish I knew what happened...

Definitely, I still have a long road to walk with UEFI.
en junio 08, 2017 No hay comentarios: