I give up; my search for the perfect Linux rescue distro is over 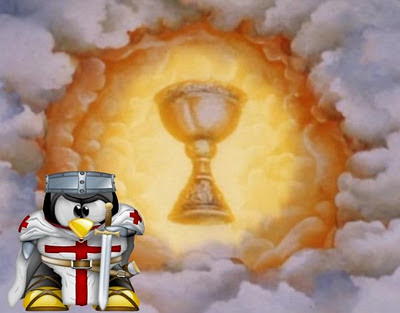 When I discovered Linux two years ago, I started looking for what I called "The Perfect Rescue Distro", a somewhat mythical distribution that fitted into a CD, could mount Windows partitions, play all sorts of video/audio formats, include a productivity suite, decent image-manipulating tools, and burn backups...all in Live mode. Hence, over these two years, I have tested lots of distributions and some of them came really close to the ideal. I felt as if the Holy Grail was between an arm's reach.

However, something happened and I must abandon my quest. I never found what I was looking for; all distros I tested lacked either one feature or another. So, yes, I give up; I declare that my search for the perfect Linux Rescue Distro is officially over.

What made me abandon what once was my fundamental motivation to use Linux?

To begin with, 2011 was a real convulsive year in the Linux world. No, I will not talk about Ubuntu and its Unity UI; the distro that attracted me to Linux was Mandriva 2009, not Canonical's child.

Mandriva stumbled and, before I knew, I was not only using Mandriva, but also Pardus, Mepis, Mageia, and PCLinuxOS. I never distro hopped: all those beautiful OSs share my hard drives and I became pampered by the simplicity of Mepis, the consistency of Pardus, the familiarity of Mageia, and the responsiveness of PCLinuxOS. All Linux OSs interconnect, so I do not need to reboot to get my files from a different partition.

Along my process of adaptation, the role of the different communities was central. Everyday I go online, I visit the forums of those distros and I have learned about computers and technology as I had never in my life. For example, thanks to the help (and jokes) of PCLinuxOS users, the laptop that once sported a Windows 7 OS now boots three different Linux systems...and Microsoft's products were wiped out from the HD without any regret.

You see, it is this empowerment that made me abandon my quest for the perfect Rescue Distro. As I became a user of multiple Linux OSs, I discovered that my once primordial drive to use Linux was meaningless: there is not anything to rescue any longer! My computers work as they have never done it: now they are quick, efficient, and aesthetically-pleasing. I have no reason to use Windows and, consequently, I do not need to worry about how to rescue it.

With Linux, using a computer and retrieving files cannot be easier...even for a non-technical user like me. My search was over and I had not even realized it.
en diciembre 23, 2011 6 comentarios:

Following a rapid release schedule that has upset several people, Firefox 9 was made available yesterday. Although it has been said that Google Chrome has taken the #2 browser market share position, I will continue using the Mozilla browser because, to be honest, none of the arguments against Firefox has been heavy enough for me to drop it. In addition, I like Mozilla's open Web philosophy and the useful extensions that can be incorporated to "the little browser that could".

Hence, I downloaded Firefox 9 and unzipped the tar file. Since the created directory is called "firefox", I changed its name to "firefox9" to be able to run the previous version if the new browser failed the test. Then, after opening Konsole and typing SU and my root password, I used this command to move the folder:
cp -r /home/my directory/Downloads/firefox9 /usr/lib/

I then added the menu entry and started Firefox 9. It first checked compatibility with my add-ons (WOT, NoScript, Zotero, Webmail notifier, Ad Block Plus, Download Helper) and loaded without much trouble. The add-ons are working flawlessly, too.

Aside from that, my untrained eye only caught two other differences: outline for missing icons and the page reload button.
Firefox 7.01: Blank page icon

As for the page reload button, it is inside the address bar in FF9.


I consider my test drive a success. I'll keep the new version to see how it performs. I have tried all critical pages (including the financial institution with which I do online banking) and I haven't had any major problem so far, only some funny display issues here at Blogger. I can live with it, though.
en diciembre 21, 2011 3 comentarios:

One of this days I visited a Wallmart store and went to the computer section. There, they were displaying a Windows 7 netbook. You know, according to the EULA of that "convenient" OS, you cannot change the wallpaper. Well, in an attempt to sell, the OEM probably installed something to go around that limitation and the computer sported a beautiful wallpaper... with penguins on it. I loved the paradox.

Some people--those at Microsoft, for example-- might say that wallpapers are not necessary. However, those customized images are important. People like to see something meaningful when they work with their computers. One wants one's work station to be appealing. When sitting in front of homogenized machines, people get unmotivated for work. That's the reason why employees always like to have pictures of their family in their work place.

Anyways, the oxymoron at Wallmart made me remember that there is a nice place to get Pardus wallpapers. If someone is interested, this is the link.
These are some samples (you can find different sizes at the page): 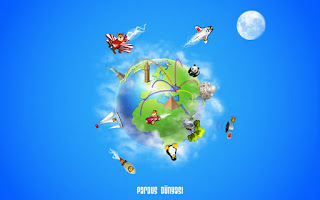 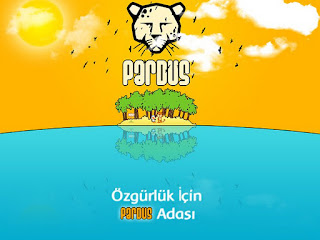 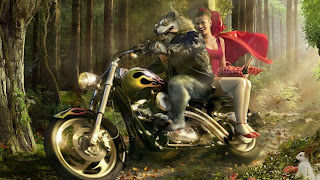 Merry Xmas with Tux and a PCLinuxOS TV 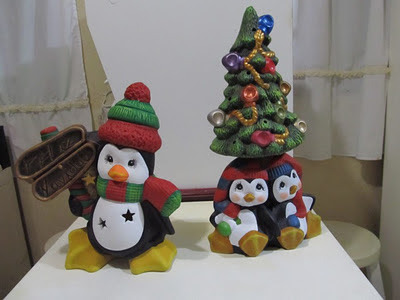 It's vacation time already and I've been away from the blogosphere. I remember that, before 2009 (when was still a Windows user), I longed for this free time to come. No, not because I was included in Bill Gates' gift list, but because I really needed this free time to format my hard drive and get rid of all the malware pestering the OS...

As a Linux user, the X-mas virus cleaning ritual stopped for good, so I have been sharing with my wife and my one year old daughter instead. It's Christmas, so we bought some presents and engaged into some home improvements. My daughter has already learned how to walk and has turned into a charming little menace: she grabs all objects in her path, either to keep her balance or to examine them, so we had to move the old TV to a safe place and bought a 19' LED screen, which my wife asked me to mount on a wall, away from Eimi's inquiring eyes and dangerous little hands.

This thingy has a VGA port. Taking advantage of it, I connected my laptop to the flat screen to surprise my wife with something she had never seen: Linux on a TV! 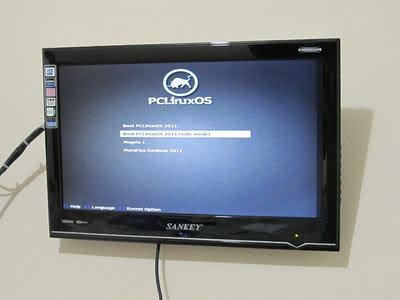 She is also a Linux user and really liked to see the penguin OS there. Of course, I know that the operating system of those TVs is probably Linux anyway but, even so, it was refreshing to see the KWIN effects. My wife was, of course, delighted with the possibilities of her new TV.
en diciembre 19, 2011 3 comentarios: