KDE Connect from the eyes of a newbie... What sorcery is this?

I had seen the KDE Connect applet in both OpenMandriva and PCLinuxOS many times, but I had not had any interest on trying KDE Connect to assess what it could actually do. 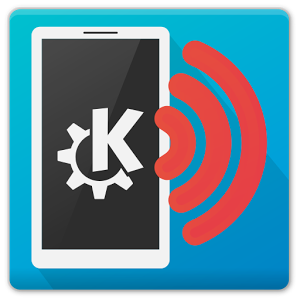 Of course, I inferred it was something to connect a phone and a PC in some way and enabling the swapping of files in between the two devices, but I really did not care much about it.  After all, that is what bluetooth is for, right?

Today, I decided to give it a try on PCLOS.

The first thing I got was a message saying that "No paired device was found" and that I had to install the android KDE Connect app on my phone first.  So, I got the mobile app and ran it on the phone.  It picked my PCLOS laptop and asked me if I wanted to pair the devices.

I accepted, expecting the app to crash.  However, my PC showed me a notification asking me to pair it with the phone.  Apparently, the app had worked!

The first option on the phone was to send files, so I selected a picture of Buachompoo Ford, a Thai singer/actress, and sent it to the PC, but I saw nothing happen.  "A-ha!", I grinned, thinking that the app had failed on PCLinuxOS.  So, I  closed it on the phone.

I was getting ready to reboot in OpenMandriva to perform a second attempt when, inside of a folder, I saw Buachompoo smiling...

There was no doubt; that was the file I had sent from the phone with KDE Connect.

I turned off the phone's bluetooth and rebooted the laptop in OpenMandriva.

After pairing, I saw something that read "Remote input". 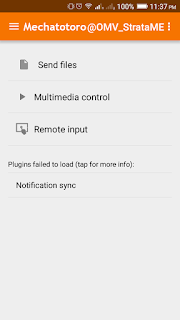 I tapped it and got a screen with a message giving me instructions on how to control my laptop from the phone. 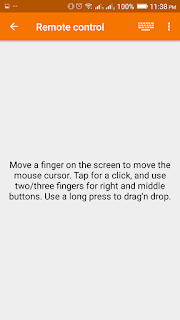 Again, without expecting it to work, I moved my finger on the phone screen and the computer pointer mimicked my movement.  It was nice, but I was not very impressed because I had used a LibreOffice remote app before.  This remote, however, let me operate all of my computer: I rotated the workspaces, changed the activities, fired up the browser...  and the bluetooth on the phone was off!

"Sassy app, hu?", I said to myself.  "So you work via Wi-fi.  Let's see you crash when I use the Japanese keyboard on the phone in LibreOffice."  I need to clarify that I do not have a Japanese IME on PCLinuxOS right now, so there was no chance typing in that language was supported...

I opened Writer and chose the keyboard on KDE connect.  As I expected, the Japanese keyboard popped up on my phone and I typed with a smile that became petrified when I saw hiragana characters appear on the blank page of Writer and change to kanji. 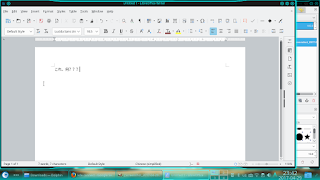 This meme describes my reaction perfectly: 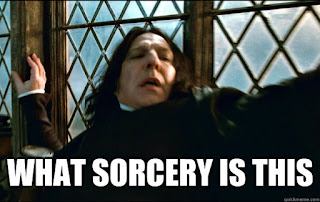 I have to admit that I have seen something impressive on Plasma 5 at last!
en abril 30, 2017 3 comentarios:

Time for a change

Three days ago, I decided to abandon my efforts to rescue my PCLOS KDE4 install, which was destroyed by a connection disruption while updating.  I lost my connection for over a week and,  when my ISP finally solved the problem, my desktop was so messed up that I gave up on it and decided to give PCLOS KDE5 a chance.

I must confess that I am not a real fan of Plasma 5.  However,  as KDE4 is going the way of the dodo,  I thought that it was better to take the leap and see how this beautiful Linux distro works with KDE's new desktop.

The installation was as easy as it gets.   Everything was functioning after completing the process.

With PCLOS,  this is my third distro with Plasma 5: Openmandriva and Fedora also have it.  Mageia 6 will have Plasma 5 as well.

I am going to miss the independent wallpapers on the different workplaces. 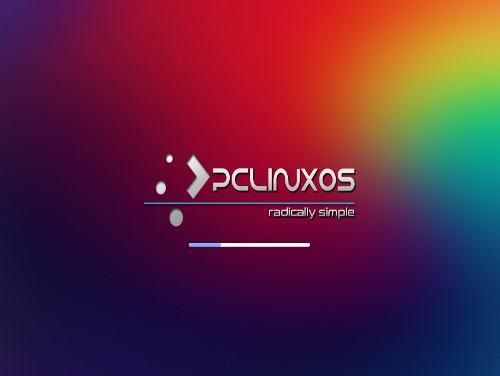