According to this post, the second beta of OpenMandriva Lx 3 is ready.

I am curious to see what the new release will bring.  Like I said before, I personally do not like Plasma 5, but we will see.

I did not know that K3b did not work with Plasma 5.  It is good that program is now available.


Oh, and there is a new AntiX in town, too!  Code Named Berta Cáceres, AntiX 16 is ready to be downloaded.

Windows 10 killed it; Linux saved it: A netbook that came back

I really admire people that invest their time and effort trying to help children overcome obstacles in life, like Ken Staks, who fixes computers to donate them to students.

I wish I could do that one day, but I lack the technical skills and knowledge to save hardware.  However, thanks to Linux, I discovered that machines that Windows claims are dead can be rescued. 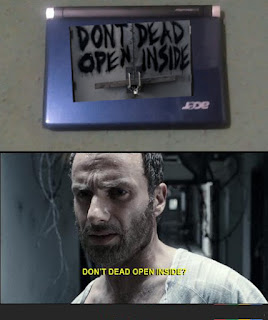 A student of mine brought me an Acer Inspire One netbook that he really needs for his academic work.  The netbook has only 1GB RAM, so its original Windows XP OS was making it too slow.  Trusting Microsoft's words, he went ahead and tried to upgrade it to Windows 10.  Yes, that was a big mistake.

The tiny netbook, of course, was lost in what we can call the computer equivalent to a coma.  Apparently, he attempted to revert the process only to discover that the Windows 10 logo simply wanted to stay as the perpetual image on the screen.

So, I took the machine with me and ran the Mageia 5 i586 install DVD.  Apparently, Windows 10 butchered the MBR.  I had to wipe out everything.  The process was a bit slow thanks to the low specs of the netbook but, eventually, the install was complete and it was time to test the computer. 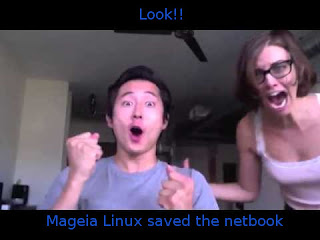 I had decided to use a LXDE DE assuming that it was going to be better.  However, the netbook would go into hibernation by itself after a minute of use.

With my own doubts, I attempted a KDE install next.  Despite it was a long process, the netbook came to life. Of course, the machine is a bit slow, but, with the exception of the webcam, everything seems to be fully operational.

My student can now use it.  Just on time, too.  The term is about to finish and there are essays to write.

I recently learned that the guys at Openmandriva camp are working hard and are going to release a release candidate soon.

Mageia is doing the same.  That means that two of my favorite distros will have a new version to offer.

What makes me uneasy is KDE 5. I am not a big fan of this desktop environment.

Oh, and I read yesterday that PCLOS is releasing a new iso... also with KDE 5!  My reaction was that of Julius Caesar: "Et tu, PCLOS! Then, fall, Mechatotoro!"

But the PCLOS devs understand that not everyone is crazy about KDE 5, so they kindly and wisely state that "you can keep your KDE 4 if you want to because nobody is going to force you to use KDE 5."

There's nothing worse that being forced-fed something you do not want.  Ask Windows users about it; they have plenty of experience... :p