From Opera to... Vivaldi!

Yes, the name is familiar.  Vivaldi was that KDE tablet that never saw the light of day, but now Vivaldi is the name of a beautiful browser that runs on Linux.

When I say "beautiful,"  I refer to the transitions and interesting functions that identify this Chromium-based browser as a different species.

According to the story embedded in the technical preview, part of the team that developed Opera decided that they wanted to create a browser for their friends, one that puts the user first and, following this music, they created Vivaldi:

After giving it a run, I can say that Vivaldi is like listening to "The Four Seasons": This browser is packed with the dreams, hopes , and expectations of a developer team that want to give the world a powerful net surfing tool with a human side.

The browser offers an emphasis on aesthetics, interesting options for customization, note-taking space, a welcoming community, and it promises future mail functionality and add-ons.

I have to admit that I found it somewhat slow but, in general, I had a pleasant experience using the technical preview of Vidaldi.  Now I want to hear the symphony once it is finished. ;)
en enero 29, 2015 1 comentario:

The new update to Firefox 35 is available on PCLinuxOS and OpenMandriva.

I have been expecting this update because it includes Hello, the new video-call feature from Mozilla.

For those of us who don't use Facebook, SpyMe, er, Skype, or are not satisfied with Google Hangouts, Firefox Hello stands as an interesting option to communicate using video. 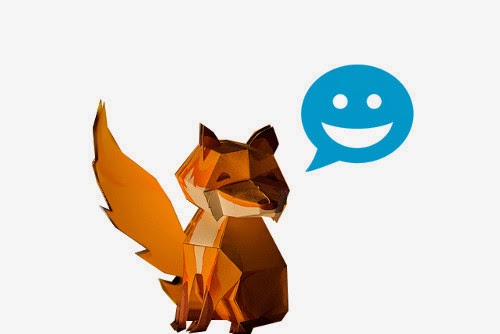 Oh, and it says that you do not even need to use Firefox... Only sharing the link is enough. I have to try that.

The new MS Spartan browser, with its so-much-acclaimed-as-modern technologies (that basically bind you to MS cloud), should learn something.

On Relationships... with Computers!

It is interesting to hear my colleagues, non technical users of computers like me, comment on their average experience with their machines and the other computers that they have to interact with on a daily basis.

The reality is that, for many of us, our main work partner is a computer.  Yes, we interact with people when we teach and attend meetings.  However, when we are alone and must plan classes, prepare exams, write reports, or grade, the machine is there with us.


Most of my colleagues, obviously Windows users, seem to have engaged into a vicious usage pattern with their computers, one that, if it were a relationship, would be perceived as an abusive one: the user is "victimized" by the insensitive, demanding, and anger-prone machine.

For example, last November, since his Windows 7 computer had "walked out on him" (refused to work thanks to malware), a colleague "started a new relationship" with a machine with Windows 8.

Two days ago he wrote me complaining about the sourness of his "new relationship".

This is the same person that had told me that he hated Windows 8, but needed the computer so badly, that he could not wait.

Ah, the nagging and the pain started soon for him.

Let us not blame the computer.  He had some problems with a Windows 7 machine before, so they "parted ways".  I took the machine to therapy (wiped out Windows and installed Linux) and now, with all her issues solved and having achieved internal peace, the machine is a great friend of mine and helps me happily. I enjoy working with it.

I do not even remember the last time I complained about the behavior of one of my computers... must have been when I was so fed up that I decided to go to counselling with Dr. Tux! :)

Well, while I have to admit that all my computers have now "dissociative identity disorder" because they all have multiple Linux personalities, each one of those identities is sweet, caring, tactful, and smart.

I started my ZaReason Strata with OpenMandriva today.  Instead of the dread that I experienced in my old days when dealing with Windows computers and I feared to see a virus warning or a blue screen, the machine literally started wishing me a happy 2015.

Ah, those little things... They do make a difference! ;)

Recently, OpenMandriva Association has launched a campaign to fund the development of the beautiful OpenMandriva Lx. 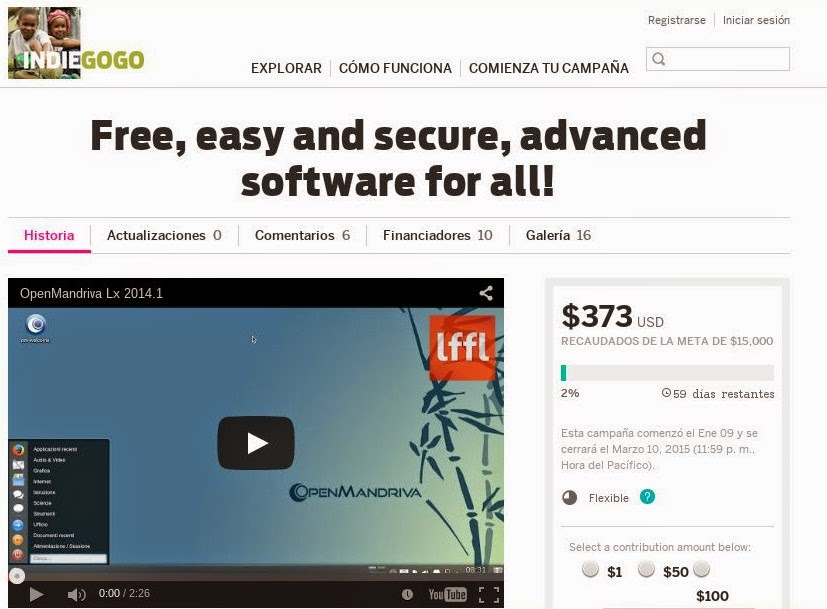 Right now, it's 59 days until the IndieGOGO-hosted effort finishes.

I woke up today, on the first day of January, and read Mechatotoro's post about the jaw-dropping December 2014 market share statistics for Windows 8*.

While the optimistic Winbeta site claims the market share loss is due to the traction gained by Windows 10, I doubt it.  I mean, Windows 10, in my opinion, looks good, but it's still in beta and not many people run it for production.  Besides, the numbers do not match...

Now, the Web is ablaze spreading the word.

Well, this article attempts to explain the phenomenon with a fact that has been silenced:  Chromebooks!

If that is true, then this prediction might not be so off after all...  In fact, I had read it before.

Maybe the prayer of the kitty was answered finally? ;)
Kitten prayers are powerful... :P