This entry (in Spanish) confirms that the RC of Pisi Linux 1.0 (Izmir) is here.  Pisi RC comes as a 64 bit distro only.

It includes:
It requires a minimum of 10GB to install it to a VM (VirtualBox).

A clean install is recommended and the repositories are found here.

The final release is closer.  Kudos to the developers and thank you for their tireless effort.  The dream is alive!

Elive has a new house!

For those of us who are waiting for the new version of Elive to come out, it was a pleasant surprise to see that the Elive project has a new site.

The menus are clear and the new house looks clean and inviting. 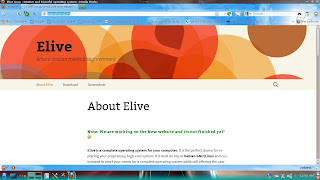 I also heard that the new version of the distro will bring a surprise...a feature that no other OS includes and that will make the world go "OMG!".

According to this post by Yoyo (in Spanish), the release candidate of Pisi Linux 1.0 is close.  For those who might not know, Pisi Linux is the fork of Pardus Linux.

This release candidate will bring:
I am very excited because of the news.  As the beta 1 of this distro has been performing very well on my laptop computer, I am eager to see what a more polished release will bring.


For the time being... Congratulations to all the developing team!
en septiembre 11, 2013 1 comentario:

We are living pretty interesting times.

I remember that, when I first tried SkyDrive, the only available format to save your documents was the infamous .docx.   Consequently, I ran away from Microsoft's crippled cloud offering.

After all, I was not willing to accept this company's antics to impose an unnecessary standard that, in reality, was only directed to generate incompatibility so that Microsoft Office users had to buy Office 2007.

However, I visited SkyDrive earlier this year and, to my surprise, I saw that you could choose between .docx and .odt to save your documents.  I remember Megatotoro's bewilderment when I told him about it; the news was difficult to digest.  Odt seemed to be winning the arm wrestling.

There was a catch, though: you could save a file as an .odt with the Word Web App but, to be able to edit it, you had to run MS Office 2013 on your computer.  Again, Microsoft was pushing users of SkyDrive to buy a newer version of the Office suite and install it locally to do something that, obviously, people wanted to do in the cloud... a poor compromise that revealed that the company, instead of offering solid cloud solutions, was more concerned with protecting its old model software franchise.

Today, I gave SkyDrive another try.   Only expecting the "you cannot edit this file, blah, blah, blah", I tried to open a stored .odt and... Word Web App opened, only displaying the classic warning about compatibility issues that a desktop install of MS Office spits out when you try to work with an Open Document Format file.

I was dumbfounded.  For a moment, I thought the whole thing had been a product of my imagination, a crazy dream triggered by last night's bout of insomnia.  But no, the only word contained in the document was there on the screen: "Freedom".  I started to modify the file and renamed it "Hello World(1).odt":

Word Web App did what it was supposed to, without complaining about my need to have MS Office 20XX installed locally on my desktop.  I am sure I was not running any version of  MS Office on my computer as I was using a Mageia Linux desktop.   Still in disbelief, I downloaded the file to open it locally with LibreOffice:
Sure enough, LibreOffice opened the file without a glitch.

Then I uploaded the file to Google Drive to see how Docs would work with it: 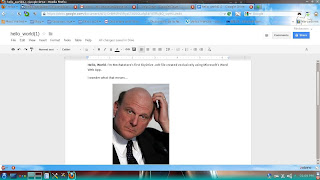 Although Google Docs inserted a blank page before my content showed and moved the picture a bit to the right, it was pretty much the same file.  But I was appalled: Microsoft was actually offering BETTER compatibility with LibreOffice than Google Docs was!

Is this perhaps a less publicized example of another backtrack that Microsoft has undertaken?  Maybe.  After all the mess with Windows 8's start button and the XBox One, it seems possible; the company might be trying desperately to correct its own wrong-doings.  Of course, they do it to keep cash coming, not for the sake of costumers, but still...

Now what Microsoft needs to do to utterly baffle me is to name one of these three candidates as the company's next CEO instead of Elop or the Ford guy: 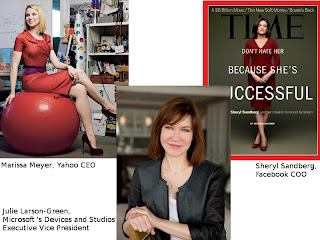 The world is changing.
en septiembre 07, 2013 No hay comentarios:

This is interesting.  Apparently, Google is facing a class action for reading people's emails.

What I do not understand is if the legal action has legs... After all, Gmail users have been informed previously about the practice and must consent to it in order to open a Gmail account. 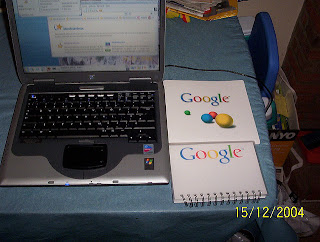 Although I'm not a gamer, I decided to check Steam on Mageia 3.  I installed the Steam client and open an account when the distro was released, but the software would crash whenever I attempted to see the description of a game.  As it was a beta client, I never thought about using it until today.

After an update of the software, I discovered today that Steam did not crash any longer, so I decided to carry out a gaming experiment: I wanted to purchase one of the Linux games to see the playability factor on my desktop computer.

I found a cheap game that seemed fun: "Snuggle Truck," a little side scroller in which you drive a truck as fast as you can to a zoo, trying not to drop any animals as you go.  The game was $5, so I chose it.

The buying process was simple and fast.  The installation of the game was automatic.  What was left was playing it.

The game started fine, cartoonish music playing an all.  I liked the graphic quality and the responsiveness of the game.  Driving the truck was fun, too.  I am not a good player, but that is not the point.

These are some screen shots of my poor performance in the game's tutorial: 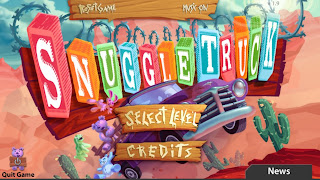 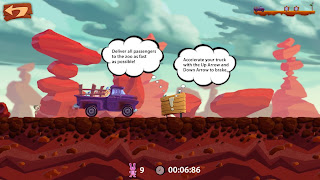 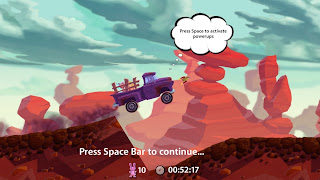 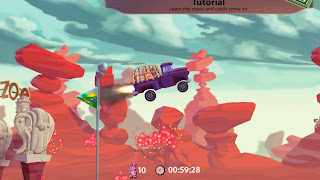 I must say that the experiment was successful; I'm happy with the service (and the game, of course!).  My daughter will love playing "SnuggleTruck".

Steam, count me on your list of Linux customers.
en septiembre 07, 2013 4 comentarios:

I updated my PCLinuxOS and my Mageia laptop installs today.  The process finished without any problem and everything is working as expected.

What to say about it? 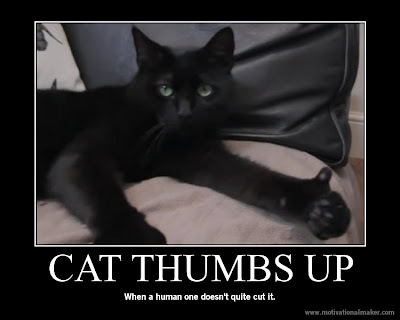