Elive 3.0 to be released in a month

For those of us who have been following this stunningly beautiful distro, the 8-year waiting seems to be finally coming to an end.

The revamped site of Elive has a countdown indicating that version 3.0 will be released in 25 days.

The House of Elive Linux Revamped!

I visited the www.elivecd.org, the  page that houses Elive.  This is one Linux distro that caught my eye in 2009 and that I have been following ever since.

The site is being redecorated and renovated, which is a great change to reflect the polished nature of the distro that Thanatermesis (Samuel Flores Baggen) crafts there. 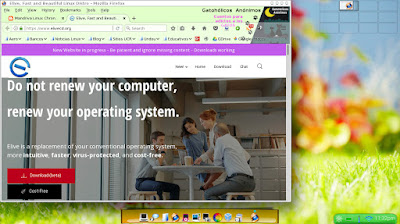 And it is no hyperbole.  Thanatermesis takes the polishing of Elive to a level of artistic detail.  Never in my live have I seen a Linux distro more elegant and resource-efficient than Elive.  No wonder release 2.0 was called Topaz. 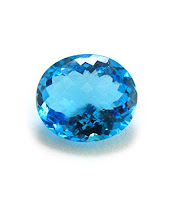 But version 3.0 is definitely going to be better in all senses.  I know because I am presently running a beta and it feels so much like a final release that I have no idea what the real Elive 3.0 will improve. My beta is 2.9.26... Not even 2.9.99, which is the last beta available.

Will Elive 3.0 become my birthday gift?  I hope so.  I am taking the revamping of the site as a signal.

Something Happened to My OpenMandriva Lx OS

Yesterday I booted my laptop with OpenMandriva Lx and went to look for a book.  When I returned to the machine, a kernel panic was waiting for me on the screen.

Apparently, something went very wrong with the updates that I performed last week, but I did not notice.

This has happened before, though.  As the laptop boots seven OSs (OpenMandriva, Mageia, PCLinuxOS, Pisi, Elive, Fedora, and PicarOS), when I install a system that changes the OMV-controlled GRUB2, OpenMandriva gets a panic.

I do not have the expertise to rectify things other than by performing a re-install.  So, I reinstalled OpenMandriva, updated it (the process did not last more than an hour or so) and, sure enough, the OS was bootable again.

I added my favorite programs in a snap and checked that Steam was working. So was InSync.  Everything was OK.

Then, I remembered the all-in one Epson XP-231 printer.

I located the driver and installed it.  After that, as the printing functions are not normally the problem, but the scanner, I went to set up the latter.  As usual, it was not detected, so I added one from the list and that helped the OS find the scanner and configure it properly.  I tested it and it worked.

As I said before, getting the scanner to work has always been the headache, not printing.  However, this time, the printer would spit illegible code instead of the simple line I typed in LO Writer.

Nothing I tried worked.

Suddenly, I remembered how I managed to get the XP-231 to work in Fedora and Elive... The CUPS approach!

I opened CUPS and added the printer from there.  I chose the driver, checked the settings, and asked it to print a test page.

This time, I saw Tux come out from the printer, smiling on the page.

I am getting rusty.

Maybe it is time for me to start experimenting with BSD, Haiku, or something.

An Assistant on KDE Plasma?

Today, I learned that KDE and Mycroft collaborated to create a Mycroft AI assistant plasmoid.

Of course, this is not a final product yet and the easiest installation seems to be for Fedora.

Mozilla is also working on an assistant. 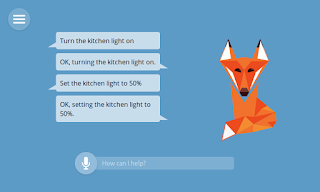 I really like the fox concept.  It reminds me of old Scribble, from MS Office 97.

Unfortunately, both Mozilla's and Mycroft's seem to be for connected devices.