I should have posted this entry before, but I wanted to post something nice to say farewell to 2017.

Elive will be my last post of the year.

Elive is a beautifully polished Debian + Enlightenment Linux distribution  The version Topaz 2.0 (released in 2010) blew my mind with its beauty and modest resource requirement.  Therefore, I have been waiting for this distro since I discovered it, back in 2010, when I began exploring Linux.

However, it has been a long wait.  Most distros have a rather predictable release cycle, but Elive 3.0 has been in the making for more than seven years.

I installed the 2.3.9 beta back in October, 2014 to my ZaReason Strata.  It worked nice despite the distro was far from finished.  However, when I upgraded it to a newer version (2.7.6, I think), Elive gave me an Enlightenment error that prevented the distro from entering the desktop, a situation that repeated with the next beta release, so I had to say good-bye to this beauty.

But I want Elive.

I downloaded it and, this time, Enlightenment did not crash.  Elive installed easily and kept all of my personal configurations, which simplified everything for me. 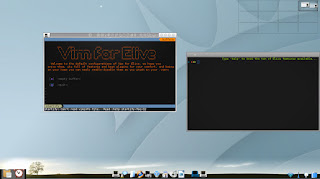 The live wallpaper, the animated menus, the bottom dock, its overall simplicity and resource frugality... there are many reasons why this is project caught my eye.

I know that many complain about having to pay for an installer module.  But this project really needs an economic push.  I have never seen a distro this functional and beautiful.

This month, I have been trying to fix certain weird issues that ocurred after upgrading Fedora 26 to 26.

The first problem was that, because of space, I had to do a fresh install, so my Mageia GRUB2 was replaced.

Luckily, the problem was not that hard to solve.  Getting my scanner to work was more complicated, but I solved it by getting the iscan bundle from Epson.

OpenMandriva is giving me headaches with some packages that have an invalid key signature or something... Because of that, LibreOffice is not working properly, I guess..

I reinstalled the distro several times and, when I try to update the packages via OMV control center, the first error message I get reads:
"Sorry, the following packages cannot be selected:
- gdb-headless-8.0.1-2-omv2015.0.x86_64 (due to unsatisfied urpmi-debuginfo-install)"

I tried to avoid that package and then I get a more worrisome message saying that the package systembase-minimal has an invalid key ID signature.

I have also tried upgrading using the CLI with no luck.

Discover alerts me of 469 packages that must be upgraded.  I will try upgrading from Discover to see what happens this time.

Well, it's almost New Year Eve... and I am backing up all of my information to a portable HD.

Lots of pictures, documents, you name it, must be stored.

I hope I can finish before the new year starts!
en diciembre 30, 2017 No hay comentarios:

Nostalgia becomes common during December and, in particular, in the last days of the year.

Today I went for a run and decided to take my old ZTE Open FirefoxOS phone with me.  That was the very first cellphone I bought (back in May 2014) and, after Mozilla terminated FirefoxOS in 2016, I replaced it by an Android smartphone. 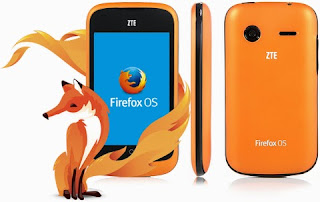 The ZTE Open is still operational, though.  True, one cannot use it as a smartphone, but it can make calls, send and receive messages, browse the Web, and play music and measure one's time while one jogs.  That's more than enough for me.

However, I cannot avoid feeling sad about the demise of FirefoxOS.  While most of the apps have Android versions by now, some of the games never made it to Android. For example, my three favorite games, or what I called "The Cat Trilogy", were doomed to extinction and cannot be found in the Android app ecosystem.

The first one is Martha & Maw-maw's Fishing Days, a simple game that I found quite amusing. 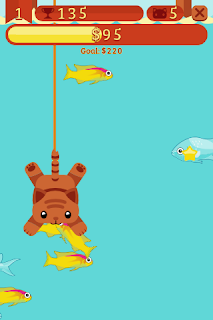 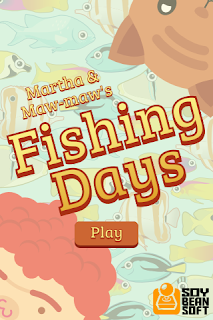 Unfortunately, that game disappeared with FirefoxOS. 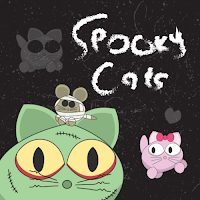 The second one was called Spooky Cats.  This game can be installed to an Android phone if one has the APK and enables the unknown sources.

You play as a cute kitty that has to go underground to find a child and battles zombie cats along the way. 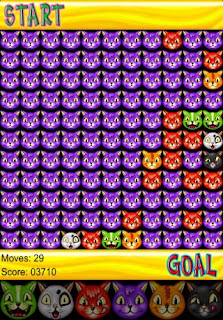 Colored Cats, by DS Effects, was a great time killer and it's too bad one cannot find it in Google Play.  One can still try to play it here, but it is not the same...

There were other games, like Disney Fix-it Felix, that I cannot find for Android.

Time carries on and changes things and we are left only with bittersweet memories.

At least I can still play those games while the phone works.
en diciembre 25, 2017 1 comentario:

Eelo, the Mandrake of the Mobile World?

Today, I visited the OpenMandriva site and found a piece of news that caught my eye.  It seems that Gaël Duval, the founder of Mandrake (later Mandriva) Linux, has started an ambitious Kickstarter project: eelo, a mobile platform that uses FLOSS and focuses on keeping user data on the hands of users.

Duval explains in this way:
"I want eelo to be a non-profit project, a project 'in the public interest'. I think operating systems and web services should be a shared resource: as I explained a few years ago, they are infrastructures, like phone networks, rail tracks, roads.
Non-profit doesn’t mean nothing will be for sale. Probably some eelo smartphones will be for sale, and some premium services will be available for corporates. But profit won’t be the first focus of eelo.  Of course, eelo, as a community project, will welcome contributors."

It would be great that something like that could actually become a reality.  I really liked FirefoxOS, but we all know how difficult it is to enter the mobile realm.

These are changing times.  The impact of the ever-changing technological landscape has forced individuals to adapt to a society that is constantly consuming technological devices and services in ways never seen before.

Some people, especially in the education sector, see this revolution as a promise land where every gadget is a potentiator  for the teaching-learning process (shouldn't it be processes?).  In this idyllic view, people who are consumers of technologies tend to promote what is trendy, from iPads to Facebook, as the snake oil that solves all education-related problems.  Rarely is it that they stop and analyze limitations that sometimes become show-stoppers, such as the tech-divide, terms of service that contradict student privacy policies, or technological discrimination.

Interestingly, in my country, educators tend to be the least flexible concerning new technologies.  Most of them, for example, cannot distinguish the difference between an .odt and a .PNG file.  Driven by either recalcitrance or inertia, they have not been able to embrace the migration from MS Office to LibreOffice, a process that started in 2010.  And now that MS Office was removed, they are crying in desperation.
This phenomenon is not new; many users believe that productivity is equal to procedural automation.  Such idea rests, however, on the false assumption that software is unchanging.  They forgot that Microsoft actually changed the Office interface in 2007 and they had to adapt.  Now that they have to use LibreOffice, they claim that adaptation to an interface that they used before 2007 is way too difficult.
I suspect that the problem has never been the interface, nor is the productivity assumption.  The problem at the core is the rejection of FLOSS because of fear or hatred, a phenomenon that I call FLOSSophobia.

While some people will sneer and dismiss my thought as a hyperbole, there is plenty of evidence to categorize this recalcitrance as the product of a hegemony with political an economic power to propagate both fear (FUD) and sheer hatred toward FLOSS.  They resort to ridicule, insulting remarks, and unproven claims to slow down the adoption of free/open source software.

I have seen it many times. "Linux is a cancer".  "Open sauce".  "Linuxtard". I even remember the teacher who did not bring a laptop for her presentation and, when I offered her my Linux netbook, she rejected it as if I had presented her something illegal.  She tried to use an old Windows computer instead but, when the computer failed, she ended up displaying her presentation with my Linux netbook.

Clearly, this teacher's position was not based on ignorance or lack of expertise because she knew Linux existed and all she had to do was to display slides.  Her refusal was due to indoctrination: she had learned that Linux and non-Microsoft office suites had to be rejected.

The case of my colleagues is similar.  They think they are computer literate because they use MS Office (despite knowing nothing about file formats).  With LibreOffice, their inconsistencies manifest and they feel self-conscious, exposed, and incompetent.  They both hate and fear feeling this way, so they cling to that which makes them feel validated and, in so doing, they assume a rejection discourse on FLOSS.

No doubt; FLOSSophobia is a new reality that the information era has brought about.  From the social standpoint, there is virtually no difference in the mechanics of FLOSSophobia and, say, xenophobia or homophobia.  The only difference rests on the fact that society is still oblivious to the adverse consequences of FLOSSophobia.  However, a day will come in which this phenomenon will be subject of analysis, like Cyber-bullying, sexting, and other realities that ICTs have put onto the table.
en diciembre 16, 2017 2 comentarios:

My Linux Experience in 2019

This is my last post of the year. In summary, I can say that my experience with Linux during 2019 has been extremely satisfactory.  I mean...