It seems that 2015 could not finish without making the last half of December painful in one way or another.

I first read about Ian Murdock yesterday.  Reading today that he was found dead under very blurry circumstances is disturbing.

The cynic may fire at me.  After all, I never met him or had any kind of contact with him.  I did not know about him until yesterday.  I do not even use Debian or Docker.

However, his death affected me...

Maybe more than I understand now.

R.I.P. Ian Murdock.  I hope his family finds support to carry on.

Almost 15 days ago, with a heavy heart, I said good-bye to my FirefoxOS phone because of Mozilla's decision to stop the distribution of the devices.

Today, I read these two articles:  The first one describes how Mozilla is dropping all other projects to focus only on the Firefox browser.  The writer emphasizes the irrelevancy of FirefoxOS and supports Mozilla's decision to stay on focus with the browser.

The second article, however, mentions how Mozilla's strategy is not to ditch FirefoxOS, but to take it to different devices where it can enjoy more success: tablets, keyboard computers, and routers, for example.   Does this mean that FirefoxOS enjoyed more success as a smart TV OS than we have heard about?

Back in November, when they announced that Dell was taking Steam machines to stores, I was very happy.  I really wanted to try the Alienware Steam machine.

Granted, I am not much of a gamer, but my gaming experience on Linux improved drastically thanks to Steam.  So, I visited the closest Dell store and ask about the Alienware Steam machine.

They offered me the Alienware Alpha instead.

I made it very clear that I wanted a Steam machine, not a Windows computer with a Steam client.  I want to run Linux games.

So, they got my email and promised to notify me about the availability of Steam machines.

I thought I was never going to hear from them, but they wrote to me in a matter of two days... to offer me the Alienware Alpha AGAIN!

I then wrote back, telling the Dell representative that my lack of interest on the Alpha was exclusively because it had Windows.

The guy wrote promising to give me the info in December.  Well, it's December 16 already and nothing has been heard of the Alienware Steam machines...

Why isn't Dell selling Steam machines here?  Is it because they want to help Microsoft boost up numbers of Windows 10?

How funny... Dell has not figured out how Microsoft treats its "valued" partners yet.

So Long, Firefox OS Phones, and Thanks for All the Fun 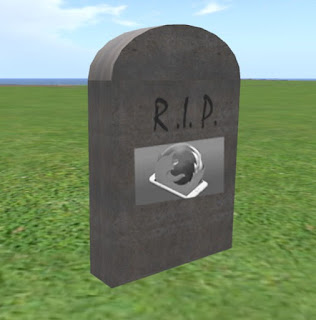 Yesterday news came with a blow: Mozilla announced that, despite development of Firefox OS will continue, they decided to stop their three year experiment with the OS on phones.

For many, this was equal to saying that Firefox OS is dead.

Some people were surprised because this decision came when Firefox OS phones were starting to get some traction in developing markets.

Apparently, Mozilla wants to focus on its core products.  I guess that means the Firefox browser only because they are also looking for someone to pick up Thunderbird.

Mozilla, however, says that they will continue with Firefox OS in embedded devices.

I suppose that implies that I will have to buy a TV if I want to run Firefox OS again.
en diciembre 10, 2015 1 comentario: