The way I see it, 2010 was the Year of the Linux Desktop.  At least it was for me.  That's when I discovered that I did not need Windows at all and I fully migrated to Linux.  I haven't needed Windows at all since then.

For all of you, HAPPY NEW YEAR!

And for Linux communities... thanks for one more year of happy computing with Linux! 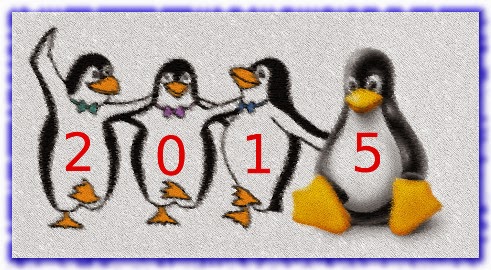 On for Some Serious Fun during Vacations

2014 is almost gone.  After a rather complicated year, I am getting ready for some relaxation.

I don't plan to travel.  I want to stay home to read and play, if not with my daughter, then on the computer.

No, I don't like consoles.  I only play games on my computer.

I remember I used to enjoy games and dedicated a lot of time to them, but I stopped playing when I fully migrated to Linux in 2010, partly because some of my favorite titles would not run and I needed to learn how to use the OS for productivity.

However, for a non-technical user of Linux, I adapted successfully.  Well, truth to be told, it helped that my workload increased exponentially, so I had no time for even missing playing games.

But all work and no play makes Jack a dull boy...

I learned about WINE, DOSBox, and Desura. And there were some Linux games that I could play occasionally.   All that kept me going.

Comes Steam.  The reputation of Linux as a gameless platform starts changing... and I start buying games although I lacked the time to actually play them.

Now I just noticed a curious change: my preferences moved away from games based purely on action, racing, and shooting to the ones where I could learn something about life.


Gradually, I had switched from liking titles that promised an adrenaline-rush to choosing those that offered me a space for self-reflection, regardless of technical considerations like awesome 3D graphics.

This transformation was triggered by my exposition to Jason Rohrer's Passage and Gravitation.

Maybe that's why I never missed Tomb Raider so much.

I am hooked now on the narrator's existential remarks in Nihilumbra, the approach to time and mistakes in Braid, and the human emotions triggered by To the Moon. I am also considering to buy This War of Mine... 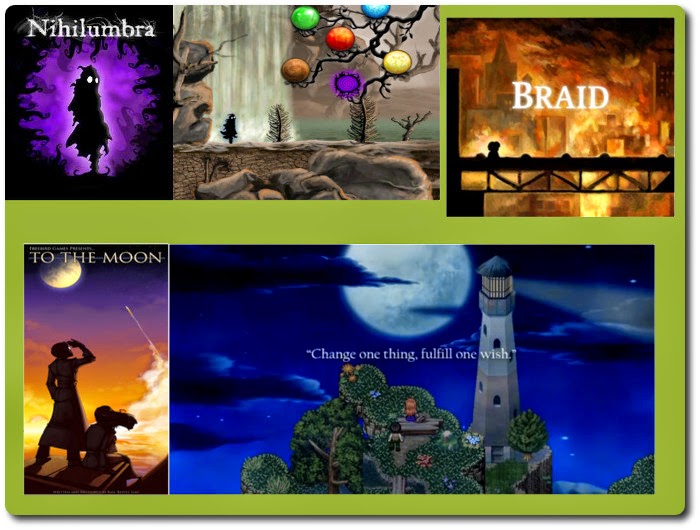 Of course, for less serious playing, I enjoy the irreverence of The Bard's Tale. :P

Another Successful Scholarly Lecture-- Thanks to PCLinuxOS!

My brother Megatotoro and I have this je ne sais quoi for trying out software in the most stressful situations.  (Well, he wins hands down; he did it during his thesis dissertation).   At the University where we work, every two years, there is the International Congress of Modern Languages, an event that provides us with the opportunity to successfully test software on Linux or risk ourselves to international ridicule if something goes wrong.

So far, Linux has not failed.

Well, exactly two weeks ago, we were in front of a crowded auditorium and very important people, including international keynote speakers, came to see our humble presentation on censorship and children's literature.

This time, we decided to use TheBrain software running on PCLinuxOS.  Of course, we had never used that software on that OS, so we were a bit anxious.

Well, the answer was YES!

As a matter of fact, several people congratulated us for the quality of the presentation.

We cannot take all the credit.  We were standing on the shoulders of a giant: the amazing community that makes PCLinuxOS possible.

I might be many things, but I am sure I am not a NOMOphobic individual.  As a matter of fact, I can survive pretty well without a mobile phone.

I don't like mobile phones.  What's more, I hate all kinds of phones.

I guess that makes me a telephonephobic.

However, and as paradoxical as it may be, I own a ZTE Open Firefox OS phone, which I use basically to check my email and calendar on the go, quickly browse a web page, and receive messages from family members.

I practically never use the function that gives the device its name (telephone), that, is, making calls.  I see my phone as a tiny tablet thingie and use it as such.

But today, I had to take care of my 4-year-old daughter.  It was raining and she is recovering from a bad flu, so going out was out of the question.  The cable was not working, so no TV for her... which she did not really mind.  But she wanted to use her computer to see her favorite videos online and we had no connection.

What to do?  I used the phone as a hotspot to share its Internet connection with my laptop.  How?

You go to Settings, and then select Internet Sharing.   Then you give your Wi-fi hotspot connection a name and select a type of security (I use WPA2).  Then you assign the password and, voila, you just turn your phone into a mini wi-fi router. 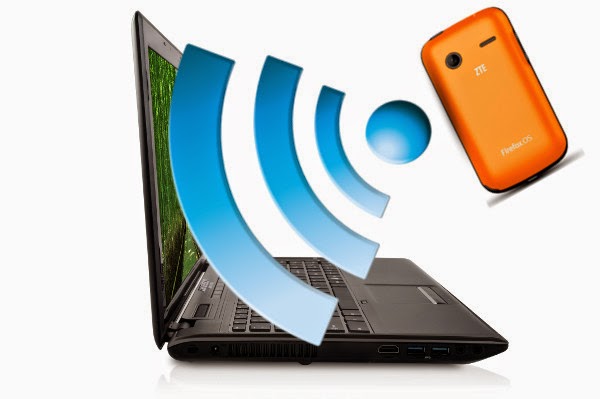 My daughter was happy because she was able to see her videos while I prepared her lunch.  Then we played with her Monster High dolls and her Plants vs Zombies plush toys until she fell asleep.

Now I am writing this entry using the hotspot of the ZTE Open Firefox OS phone.

Mmm.  I might not be NOMOphobic, but I surely am a no-net phobic person!

By the way, if you own an Android phone, this is the procedure:

On Document Sharing and Ignorance

I have never understood why is it that so many Windows users ignore basic strategies to open files.  I mean, when producing a document, they are like zombies: they do not seem to know that, if they do not select a friendly format, compatibility issues arise.  And I am talking about MS Office-produced documents!

Fortunately for them, with the impending migration to LibreOffice, their problem will soon be solved ... but they don't know.

In the meantime, the document hell they are going through is getting more and more complicated with each version of MS Office and Windows!

Sometimes I feel tempted to do this :D