Random Musings on the New Year and Changes 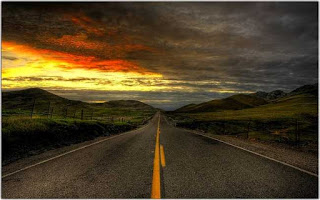 Change has always been viewed as an alteration.  For those who cherish the status quo, this alteration is a great source of anxiety, a life-disrupting experience that epitomizes the full meaning of the word problem.  Those who are dissatisfied with the current state of events, however, embrace change and preach that it is an opportunity to reach new heights, an open road leading to unknown happiness and fulfillment.

I suspect that we human beings have a misconception of change.  We tend to see it as something unexpected, an unforeseeable collision in our otherwise peaceful existence that forces us to adapt or succumb.  This is wrong; change is happening constantly around us: it is the normal condition of the universe.  We cling to the illusion of permanence and choose to reduce change to something that occurs randomly or periodically, as with the end of a year.

With the dying of my reliable Epson Stylus TX-200 printer, I was slapped by a
situation long-forgotten: Linux-compatible hardware is sometimes difficult to find.  My all-in-one printer had been with me almost since I migrated to Linux in 2009 and never did I think about what kind of replacement I had to get if it happened to fail.

True, replacing a printer is not a catastrophe, much less when the loyal device malfunctioned during vacation time, exactly two weeks after the work-related pressure had already dissipated.  So, after checking the availability of Linux drivers, I bought an Epson XP 231 as the successor of the venerable TX-200. Drunk with the wine of naivety, I expected the road to configure this new printer to be a smooth path.
I stumbled at each step.  While I can print in two of the three main distros that I regularly use, I had to battle and managed to get the scanner to work in one, OpenMandriva Lx 3.1.  No success in Mageia 5 or PCLinuxOS yet. 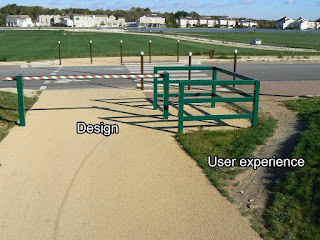 Although the printer tossed me into a tar pit, this post is not about printers, but about change... And change is happening, placing me in a position to make decisions on matters I had either postponed or refused to consider.  For instance, Mageia will have to release its 6th iteration one day, and this new version will feature Plasma 5, which I do not particularly like because it removed a feature that I grew to love: the ability to have different wallpapers on each workspace.  No, KDE developers, "ACTIVITIES" DO NOT FULFILL THE SAME PURPOSE!

Come Mageia 6 and I will have to wave farewell to KDE 4.  OpenMandriva has been training me on the ways of Plasma 5, so I will only have to forget about the wallpapers, just like I had to forget about GRUB when GRUB 2 came along.  Who knows, maybe a new secret feature of Plasma 5 will make me love the DE, just like when I grew to love the ROSA SimpleWelcome screen in Mandriva 2011...

Mageia 6 Sta1 has been on my laptop since September (for testing).  When Mageia 6 is finally released, I will have an additional partition on my HD if I replace my current Mageia 5 install.

Those Meaningful Gifts... Thanks, OpenMandriva!!

Yesterday, I read an email coming from the mail list of OpenMandriva.  It was an announcement about an unexpected release: The community had been working on a surprise and released OpenMandriva Lx 3.01 as a Christmas gift.

News of the kind always stirs some excitement in me. How can I forget that it was Mandriva the distro that made me fully commit to Linux in 2009?

This time was a bit different, however.  Do not get me wrong; my interest in OpenMandriva has not waned over the years despite the fact that I also use Mageia 5 and PCLinuxOS daily for my computing needs.  What happened is that, exactly one week ago, my EPSON Stylus TX 200 all-in-one printer died and I had been on the market trying to find a good replacement.

I eventually bought an EPSON XP-231 because it is advertised to have full Linux support but, so far, I have not managed to get it to work properly in Mageia (scanner problems) and PCLinuxOS (both printer and scanner problems) because of the drivers.  Therefore, my investment on the new hardware was beginning to look like a relatively expensive mistake.

Then OpenMandriva Lx 3.01 came and saved the day.

The XP-231 was not easy to get to work, to be honest, but I eventually got it to print and scan appropriately in OpenMandriva Lx 3.01.

Oh, and I must add that this release also corrected a bug that prevented me to run Insync, a program that I became fond of.

All I can say is that I am thankful for the hard work of the folks at OpenMandriva, who gave me this wrappingless Christmas gift...

And wrappingless gifts, I have learned, tend to be the most meaningful ones!

After a long wait, Mageia was released! Well, sort of...

I visited Distrowatch today and read that there was a new release of Mageia.

This was not Mageia 6 with Plasma 5, but an updated version of Mageia 5, Mageia 5.1, which includes all the updates of more of a year's time.

I was not disappointed.  Mageia 5 works fine with my systems and, to be honest, I am not a great fan of Plasma 5...