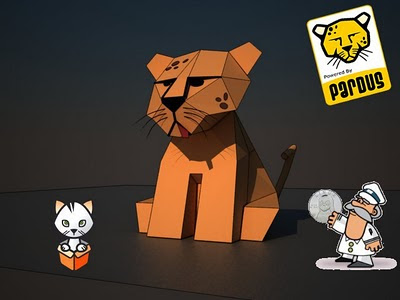 Linux is commonly de-famed as an operating system for computer gurus and, in the Linux world, many people believe that the only user-friendly distribution that exists is named after African fauna. However, there is a very nice Linux distribution that, despite being relatively unknown (as it comes from Turkey), can spare users many a headache: Pardus 2011.

This interesting OS is yet to be released in its final version, but it is available for testing as a release candidate in two DVDs. Hasankeyf (its code name) gives the user the possibility of choosing a Live DVD for testing the system and a DVD installer.

The DVD boots and you see a feline on the screen: it is the Pardus splash screen. Then, the user is given the opportunity to select the language. I selected Spanish and the translation is pretty neat. The following step is to read and accept the open source licenses.

After this, there is an optional step that I have not seen in any other distribution: Pardus checks the integrity of the software packages to make sure that you will not get installation errors. That is pretty nice for beginners, in my opinion... For a computer newbie attempting to install an OS, nothing is as scary as getting an error message due to corrupted software!

Next, Pardus selects the best keyboard layout and the user can test the keys. The following step is to select the time zone.

Up to this point, the process is as easy as it can be. Nevertheless, what is coming is a touchy operation: partitioning. Pardus give the user the three usual choices (use entire disk, use free space, custom partitioning), but they are a bit confusing and there are not visuals as in other distributions to grasp the idea. Even so, one can manage. I selected custom partitioning and guessed my way out of the stage.

Pardus then proceeds to ask you if you want to keep a standard KDE configuration or if you want to customize it. I chose the default option (standard KDE). Pardus then shows you a summary and you can always go back if need be. If you decide to continue, the system installs the grub and software packages. In the mean time, you can read some informative slides about Pardus and open source software for about 15 minutes. The ones on Dolphin were rather interesting!

The system tells you that the installation was successful and asks you to re-boot. You do so and...surprise! Your new OS is there. Simple, clean, and ready to help you create your user account. You input your name and password and, as a funny side note, before you can go on, the system, very politely, tells you "before we can go on, we have a question: you do remember your password, don't you?". I found that a lot nicer than simply spitting "don't forget your password!"

Before you can use the computer, you get to meet the Kaptan, an effective configuration assistant that guides you through the process of customizing your desktop. So, you choose the KDE theme, icon set (I picked the Pardus official set), whether or not you want a KDE 4 or KDE3 desktop, the quantity of virtual desktops, your menu (Lancelot, simple and KickOut are available) and your user avatar.

Right there, you get to interact with Smolt, a system summary that reports your information to someone out there in cyberspace. Again, this step is optional, if you are concerned about your privacy.

Differently from the Pardus Live DVD, you also meet PiSi, the cute kitten that happens to be the software manager of this beautiful OS and, thus, many software packages are available for you through the little paws of this mini-feline.

I tested the performance of this Linux distro and, to be a release candidate, I found it stable and impressively efficient. Consequently, I'm avidly waiting to download the final version.

Only one word of advise for Mandriva Linux beginners (like myself): if you have a dual boot (Mandriva-Windows) and you install Pardus, you lose your access to Mandriva because the Pardus grub won't let you see Mandriva. Likewise, after I restored the Mandriva grub, I couln't find Pardus. I'm sure there must be a way to triple boot, but that is right now beyond my limited knowledge.*THIS IS SOLVED (Thanks to Megatotoro). All you have to do is copy the entry for PARDUS (which you find on the GRUB file of PARDUS at /boot/grub/grub.conf) into the GRUB file of Mandriva (/boot/grub/menu.lst), or the other way around.

To finish, I'd like to recall some words I read in the Pardus slides that, in my opinion, summarize my experience with this release candidate that works better than some final versions I have tried: "La experiencia con Pardus es un desfile de esplendor y poder de software libre y abierto". It cannot be more accurate than that.
en enero 08, 2011