Well, the end of this semester will mark the end of an extremely busy year that kept me away from this blog.  So, I wrote this quick post to remind me to come back once the craziness has subsided.

As soon as I get some time for myself, I plan to:

3.  Try out some Linux distros.  The priority list includes Pardus Debian, Pardus Anka, Moondrake (unnamed loser or whatever Mandriva 2012 gets to be called), Parsix (the return of Gloria, hahaha), MiniNo,and Mint "Nadia"-- I lost count of the version already!

Although I tried to see the second alpha of Mandriva, success has eluded me so far.  I managed to get it installed on a 64b VM, but  I could not see much of it without an X server.  It's too bad I presently do not have real hardware to test the distro. 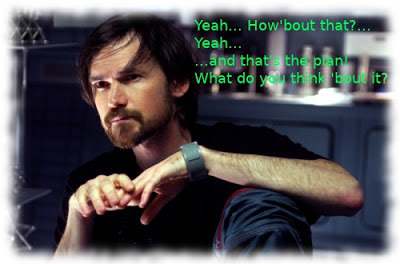 I already tried the second alpha of Mageia 3 and it's looking good.  Sadly, I couldn't post anything about it because of... yes, lack of time thanks to the reports I have to prepare for the end of the semester.

But Megatotoro and I will try another experiment involving free software during the International Congress at the university where we work.  That might be a little daring, but it will be interesting.

Let's see how everything goes.