Today, as my daughter was watching YouTube videos, she found one about a fighting game called Terrordrome. This is a fighting game with a retro look that features several characters of horror films, such as Chucky, Pinhead, Jason, and Pumpkinhead. 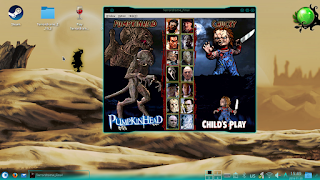 I found it sort of cute and looked for it.  Much to my surprise, it is free and it provides a Linux installer via Wine here. 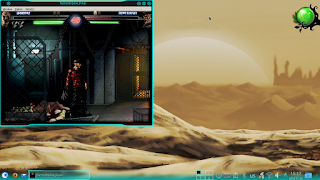 After downloading it (it is rather large, 1Gb), I installed it and played it.  It works perfectly.

Of course, my daughter came to play with Chucky, her favorite character, and won pretty much every single match against me. 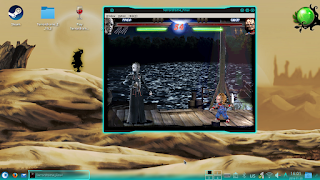 It was fun because the game incorporates special moves based on the movies and there are sounds that come from the films, too (careful with Chucky's swearing!).
en noviembre 20, 2016