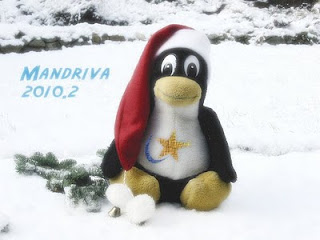 As I was updating my Mandriva Spring PowerPack, I noticed that it asked me whether or not I wanted to get version 2010.2 packages. I was a bit surprised because Mandriva promised to release that version (I ignore its code name) on the 22nd.

I decided to upgrade and discovered that the time for launching certain applications improved significantly (Gimp, for instance). The grub changed a bit, too. A new entry (alt-Windows) was added. When I booted, I saw that the grub says "Microsoft Windows" and not only "Windows". I also got Chromium for the collection of browsers that are included (Konqueror, Firefox, Opera).

Of course, there were some drawbacks. If you plan to install some applications, go ahead and do it BEFORE you upgrade because they can be left out. For example, I wanted to install Audacious but, after the upgrade, the dependencies were not selectable. The game Supertuxkart was another loss. The graphics are all messed up.

However, if you install Audacious, add the PLF repositories BEFORE YOU UPGRADE, or install any other software (from those programs I like, that is), there is no problem... except for Supertuxkart. I guess I'll have to entertain myself with Frozen Bubble instead.

Aside from that, my untrained eyes haven't seen anything else so far. Yet, I'm happy with the new responsiveness of the KDE environment, which was rather sluggish with Spring.

UPDATE: My netbook, which runs Mandriva ONE, reports in the control center that it is now Mandriva 2010.2. That's great because that is going to give the chance to evaluate its performance.
en diciembre 19, 2010