Mageia 3: Here's what I gained and what I lost

Mageia 3 was released today and I downloaded the Live DVD version to replace my Mageia 2 Desktop install without further consideration.  Normally, I test the betas and the RC of a distro carefully in a virtual machine.  This time, sadly, I had no time to do that.

In my old Windows days, I would simply install the new release on top of the old one.  If something went wrong, I used the "bear-and-grin philosophy.  With Linux, I have been extra careful before updating the OS, but I guess that this was the time to test whether or not I could leap blindfolded into a new Mageia OS.  So, here is the summary of my adventure:

I moved from a 32-bit architecture to the x86-64 architecture that the Live DVD includes.  To make my life easier, I wiped out the root partition and left the home partition intact.

The DVD booted without a problem and, after asking me the regular questions (language to use, if I accepted the license, where to install), the process completed in about 16 minutes.  I was prompted to add my root and user password and to reboot.  Again, I chose to use GRUB and not GRUB2 because I am not confident with the latter quite yet.

The system booted picking up my other OSs without a problem.  Then, Mageia 3 enabled the network and started downloading the common repositories.  After this process, I saw my desktop.  Although my wallpapers had been replaced by a solid black color, I simply located my favorite pictures and put them back on.  My personal settings had been preserved (effects, configurations, icons, etc), so I was quite relieved.

With KDE 4.10.2, the system became noticeably faster.  I tried to pinpoint the changes, but they were not so easy to spot for my untrained eye.  However, I gradually noticed that menu translations were more consistent, that the "home" tag had been replaced by "START" under "PLACES", that all my other partitions were listed under "DEVICES" and that the "space available" mini bar that appeared below a connected USB device was gone and only the big bar at the foot of the Dolphin window stayed.  I guess the duplicity was purged.  The notification system seemed to have received a cleaning, too.

I also noticed some new software entries in the general menu.  I decided to explore those later because I wanted to reinstall my favorite programs.  Thus, I fired up MGG (oh, new graphics that match the start screen) and enabled some other repositories (backports, tainted).

Mageia 3 played MP3s out-the-box.  Amarok impressed me with its performance this time!  However, Mageia 3 got stuck on some .mp4, .flv, and .mpeg video files.  I installed VLC (which took care of the video problems), audacious, and audacity.  So far, Mageia 3 was performing as a great substitute for my Mageia 2 install.  I saw myself as a version of Mario, the game character, jumping up and falling on top of mushrooms that could not stop me.  But then...

Watch out, Mario!  Here's the boss!

I installed Wine, the x86-64 version, that is.  Some of my programs were not working...

What do you do then?

I mean, it's not that those Windows-based programs are absolutely required.  However, they are convenient to have around.

So, I uninstalled the 64-bit version of Wine and got the 32-bit one instead.  Problem solved, let's go on!

That was too easy...

I must have an IME to type in Japanese.  In Mageia 2, I gave up iBus because it messes up the Spanish tildes (accents) in LibreOffice.  That was not a big deal because I had always used SCIM anyway.

In Mageia 3, iBus refused to display the Anthy Japanese IME regardless of what I did. It also changed my keyboard configuration from Spanish to English and, on top of that, the tildes in LibreOffice were a mess, as expected.

"OK, iBus is not an option," I thought. "Fine, let's install SCIM and forget about this problem".

And I installed SCIM only to find out that, after doing all I know to enable it, the IME simply refused to work properly.  Again, Anthy was not showing...

There I was, with a great system that did everything I needed, except accepting Japanese input.

I was a little discouraged, but open MCC and, after a while, discovered that a package was missing: scim-anthy!  Obviously, without it, I could never make SCIM work with Anthy.

I Googled "scim-anthy rpm x64" and landed on RPM pBone.net, where they were hosting a scim-anthy package built for PCLinuxOS.  I downloaded it and, in a desperate move, I installed it to Mageia 3.  MCC simply asked me to install Kasumi along.  I accepted and MCC retrieved Kasumi from the Mageia repositories to do its thing.  The computer did not blow up.

Not a confident Mario any longer, I opened LibreOffice and...Anthy was there!
よかったね！本当に、よかった！PCLOS、たすけてくれて、ありがとうな！ 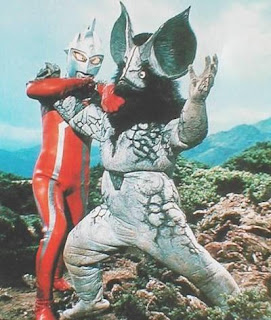 With SCIM working, I filed a bug and, more at ease, finished adding up the remaining software that I need to work comfortably with my new Mageia 3 Desktop install.

I got a good scare with the IME, but it's working now.  Aside from that, everything seems to be performing right on cue.  KDE is responding faster, Jovie and its text-to-voice service is working in multiple languages, and I haven't seen any major problem, like a crash or something.

I guess the leap of faith was worth it.

I also updated my laptop from Mageia 2 to Mageia 3.  As with the desktop install, everything worked fine.  However, despite I use the fix I described here to get Mageia 2 pick up the WPA2 wifi of the university, Mageia 3  simply refused to work with it for two hours.  Then, the problem solved by itself (?!).  I hope the rainstorm had something to do with it.