My Life with Firefox OS

Let me say it plainly:  I do not like mobile phones.  What's more, I hate them more than I hate regular phones.  However, when I decided to buy a mobile phone, I knew I wanted one with Firefox OS.

The problem was that they do not sell any Firefox OS phones in my country, so I had to go to Amazon and got a ZTE Open. 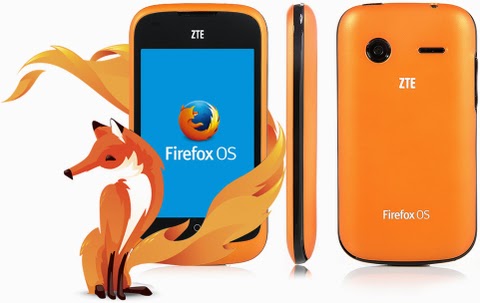 It is not the best smartphone in the market, I know.  In fact, I read lots of reviews before buying this phone.  The most interesting point was that it was labeled a "developer" device, not an end-user phone.  Even with its many "flaws," I made up my mind and bought this smart thingie because it has everything I want on a cellphone: Firefox OS ;-)

I had used an Android phone before and the difference between that one and the ZTE Open was enormous.  The Android phone, despite being old and partially damaged, was a tamed dog: it did everything it was commanded to, the apps were consistent and responded promptly, and the services were all orchestrated by Google, the master conductor.   On the other hand, the ZTE, thanks to its Firefox OS 1.0, was a true smartphone with a mind of its own: apps would occasionally install, but not launch, or they would open and close by themselves, and the sound would go mute showing the free will of the phone.  To sum up, it was like a herd of cats... er, foxes!

I thought that I had to live dangerously and decided to upgrade the OS to Firefox OS 1.1.  After all, if I bricked the device, it had been cheap.

After I followed this great tutorial here, my ZTE Open had Firefox OS 1.1.  With the new version, the rebelliousness of the phone went away and the device now behaves like a regular cellphone should, that is, predictably... So much that even my almost-four-year-old daughter loves playing with it.

I also use it more often because the apps that I like now work.  I check my email, browse the Web, keep track of my jogging (Run Recorder), manage my projects (Projector), study languages (Cabra Flashcards), and even chat in WhatsApp (via ConnectA2).

But I make almost no calls.