Fitting Fedora 29... For not all hats are the same

Yesterday, I wrote a post on how my Fedora 27 reached EOL and I had to upgrade to Fedora 29.  So, I finished the download of the Fedora 29 KDE spin and, after creating a USB live medium, I started the installation expecting two main problems as a result:

1.  A messed-up GRUB2
2.  A fierce battle to get the printer working.  Or the scanner.  Or both, as I have a multifunction Epson XP 231 printer.


I have to say that this time the installer made me confused, in particular regarding the partitioning.  I wanted to keep my home partition and it took me a while to figure out how anaconda does it, but I eventually managed.

The installation was quick after that and I rebooted.

Sure enough, I had problems with GRUB2.  My OpenMandriva-controlled GRUB2 started, but when I selected Fedora, it tried to locate my old Fedora 27 and obviously could not boot.  "No problem," I thought.  "I simply boot OpenMandriva, refresh the GRUB2 configuration, and then boot Fedora."

But my expectation was met: Fedora messed up OpenMandriva and it performed two checks that lasted 1:30 minute each... 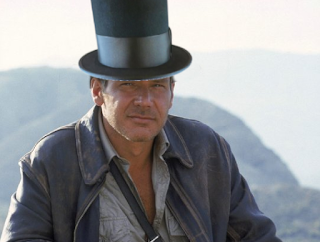 After the delay, I used GRUB customizer and could boot Fedora 29  KDE.  The OS was responsive and my personal settings were kept (since I used my old home partition), but one needs to do several things before the fresh install of Fedora becomes completely functional.   Otherwise, you get something very promising, but somehow weird, like Indiana Jones using a top hat.


This post by Mehedi Hasan helped me a lot.  I first installed the updates with su, my root password and then dnf upgrade.  That took a while because there were many packages.


Next, I enabled the RPM Fusion repos.  Again, after su and the root password, I pasted this text on the terminal:

The old Fedora 27 drivers for the scanner complained about missing dependencies, so I had to get this iscan bundle.  Then, I remembered that Megatotoro had a post on how to enable the scanner here.  That did the trick.  Thanks, brother!!!