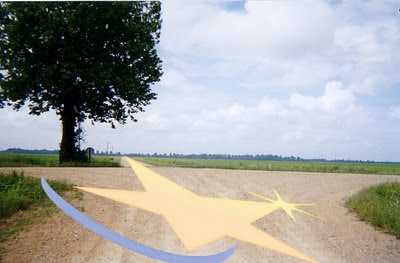 I've been using Mandriva since April, 2009. Thanks to this distribution, I realized that it was possible to operate a computer without Windows, despite I once believed that such an idea was unthinkable.

Of course, two years of commitment with this beautiful Mandriva OS have taught me a lot. My migration to Linux was a success because of the performance of this distribution.

However, Mandriva is now at the crossroads. Yes, here's where the road divides for the desktop distribution and the 11-year-old Linux company . The financial situation of the company has pushed a significant group of Mandriva developers to fork and they have started a new project: Mageia. This project comes as winds of hope for those of us who love the desktop distribution and that were puzzled by Mandriva S.A.'s secretism. Mageia's boat is full of seasoned Linux sailors and this new project was applauded in the community forum.

Shortly after the announcement about Mageia was made, Mandriva S.A. finally posted an official statement on the future of the distribution. Read about it here. So, it seems that the company does not want to let Mandriva (the distro) fall into oblivion.

The reaction to this new post in the forum showed opinions that collided. Some users want to stay with Mandriva; some others place their confidence on the Mageia project. All agree on the need to wait and see how events progress.

Will Mandriva come back stronger from its ashes, as a Phoenix? Will Mageia replace Mandriva and claim the heritage of Mandrake?

I suppose a year's wait will bring the answers to those two questions.
en septiembre 21, 2010