How to install Libre Office in Mandriva 2010.2 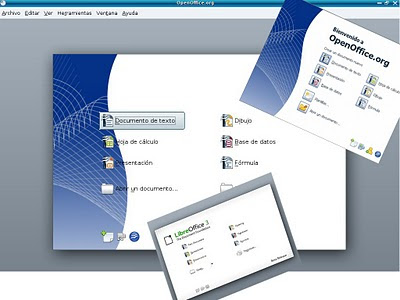 Mandriva (the distribution) comes with Open Office and, apparently, the company behind it has not voiced its support toward Libre Office, as many other Linux companies already have (including the Mageia project) (Read here the list). Of course, the similar circumstances that triggered the existence of both Libre Office and Mageia might be a little embarrassing for Mandriva (the company) to admit right now.

That is, nevertheless, of little significance for the end user and, if that end user happens to be a Linux beginner, those internal tensions within the Linux world are pretty much incomprehensible.

Let us assume that you are a newbie running Mandriva 2010.2. (like me, I guess). You know that Linux distributions have differences; for example, while Debian uses packages named .deb, Mandriva requires packages known as .rpm.

You also know that Linux distros have a different release schedule. Therefore, you have to wait until mid 2011 to get a new version of the distribution and to find out if Libre Office will replace Open Office. But you want Libre Office to run in your Mandriva 2010.2 system right now, so you go to the download section of Libre Office and are greeted by many different links. As you know how to read (something you learned as a child and have been practicing ever since), the many links do not scare you away: you discover that you need to locate first your language and the appropriate packaging (for Mandriva, you definitely need RPM.

Installation of Libre Office in Mandriva 2010.2

You need: The installation file, your root password, and self confidence.

Once you have the file, you right-click on it and select "extract here, auto detect subfolder". Then you get inside the newly created folder and go inside a sub folder called RPMS.

WARNING: the following step is not for the faint of heart as it requires use of the TERMINAL!!

Yes, the above is sarcasm. I've read too much about how complicated and inconvenient it is to use the terminal...well, not in this case. I could do it and, believe me, I have no training in programming.

Once inside the folder RPMS, go to the window menu and click on "tools". Select "open terminal" to deal with the friendly black screen.
1. Type su
The terminal returns: password:
2. Type your root password (you have it, don't you?)
The terminal returns: [root@localhost RPMS]#
3. Type urpmi *.rpm and relax while the computer does its own thing. Once it's over, you will see the same prompt ([root@localhost RPMS]#)
4. Now, close the terminal (Boy, that didn't hurt, did it?)

Double click to open the folder called desktop-integration.
Once inside this folder, go to the window menu and click on "tools". Select "open terminal" to deal with the charming black screen. YES, AGAIN! But you are not afraid, are you?
1. Type su
The terminal returns: password:
2. Type your root password
The terminal returns: [root@localhost RPMS]#
3. Type urpmi *.rpm and see what the computer does this time. It might give you a warning about some dependency-requirements not met. Before you freak out, READ. It's about SUSE and Red Hat. You are using Mandriva, so just say yes to continue and relax while the computer does its own thing. When it's over, you will see the same prompt ([root@localhost RPMS]#)
4. Now, close the terminal (Boy, that was enlightening, wasn't it?)

After this, your OFFICE menu in Mandriva will display icons for Libre Office.
No, having both Libre Office and Open Office does not imply that the two office suites fight like cats and dogs within your computer, in case you are wondering.

My only complaint about Libre Office so far is that I haven't been able to use SCIM (the input method editor) to enter text in Japanese. That's a big concern for me. I hope to find a solution soon. In the meantime, I'll keep Open Office for that purpose... or Abiword.
en enero 30, 2011