Motivated by the post on BSD that yunani deniz, my Italian friend and "un appassionato di sistemi linux" wrote, I decided to try BSD. My main problem with OSs of the BSD family is, yes, you guessed it, text installation. Luckily, I stumbled upon GhostBSD, a BSD OS that comes in a Live CD and Live DVD (I tried them both and they do pretty much the same). GhostBSD has a Gnome desktop environment 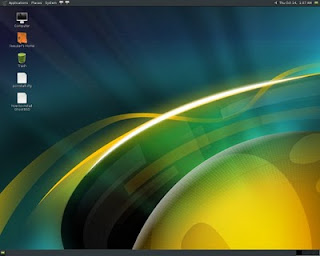 and, thanks to that, it looks like another Linux distribution to the untrained eye. However, there were several points that I did not like:
1. Partitions were not mounted.
2. Some of the software is fairly old. Firefox, for instance, would take me to a page urging me to update the browser.
3. The office suite is Abiword, Gnumeric, and a dictionary.

Unfortunately, although GhostBSD was nice enough for a simple user, it cannot be used as a rescue tool. I loved the wallpaper, by the way.

yunani deniz also commented on Zorin OS4 here and very kindly invited me to try it. About that Linux distro, Megatotoro told me that he wanted to try it, but he refrained when he saw it was an Ubuntu spinoff and that there were too many of those. I somehow shared the same impression, but I downloaded the Zorin OS 4 Live DVD and gave it a try. 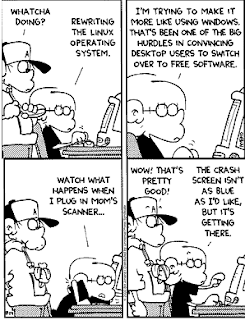 I must admit that this is truly a nice work. It boots fast and the Compiz effects are well balanced, which makes the distro very attractive for those who enjoy eye candy. It also has a chameleon feature to change its appearance to several versions of Windows and even Mac OS X. When I switched to Windows 7, it crashed. That's what I call a GREAT IMITATION, just like in this comic strip! :-P

I have to say that I loved Zorin OS 4 and I agree, it's a wonderful distro. My concern is that it is an Ubuntu derivative. Please do not misinterpret me; I'm not an Ubuntu hater. I'm only thinking about what srlinuxx commented: with the new moves that Ubuntu is making, its derivatives might have a hard time (Read the comment on Tuxmachines). It would be sad to lose a project like Zorin. 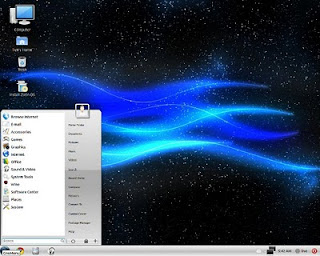 Finally, I tried the new alpha 1 of the distro that made me drop Windows back in 2009: Mandriva. I downloaded the DVD of Mandriva 2011 TP and there is an adjective to summarize my experience: BUGGY!

Yes, it is as buggy as you can expect an alpha to be. But let me describe first the work-in-progress issues that I encountered. After the boot up sequence, I could not find Spanish in the language selection. In fact, I used USA as geographic location because there was not a single Spanish-speaking country on the list...Not even Spain!! How about that?

The next problem was that the system would not start the network manager. That was mentioned in the release information, so, with resignation, I decided to proceed without being able to browse the Web.

Then, I was prompted to create a user account. That was funny because it was a Live DVD, but I created it and Woah! To log in, there were three choices: Guest, Live, and the account I created (!?). Anyway, I used my account and got to the familiar Mandriva desktop. 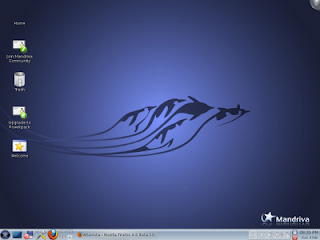 
I instinctively opened Firefox and behold! it worked! After browsing the Internet for a while, I got an error message telling me that network manager "could not load because there was another program running" and asked me if I wanted to stop that program. I decided to ignore the message and, when I minimized Firefox. the screen started acting up. 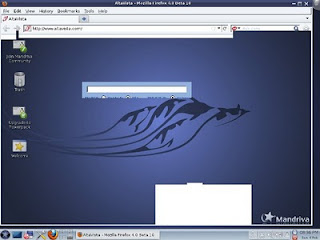 Well, I hope these are temporary bugs and problems. For the most part, playing with GhostBSD, Zorin OS4 and Mandriva 2011 TP was a lot of fun.