I bought a new headset for my laptop two days ago.  Since the store did not have many options available, I went for a Combat Argom Tech piece that is more expensive than the headsets that I normally buy. 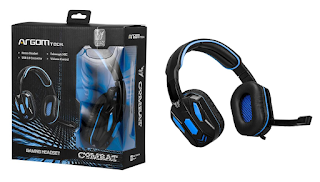 However, I did not pay attention to one detail: this headset does not have a plug to a standard headphone jack, but has a USB connection.  When I plugged it to one of the USB ports of my laptop, which I booted with PCLinuxOS, the computer speakers reproduced sound but I could hear nothing with the headphones. I looked at the audio icon on the task bar, where there was an entry for "Multimedia headset [Gigaware by Ignition L.P.] and noticed that I could listen to sound by sliding the volume control, but there was no audio from YouTube videos and audio players.  So, I clicked on the audio settings and selected the Multimedia headset option as default.  This simple action solved the problem both on PCLinuxOS, Mageia 6, and Fedora 29:

OpenMandriva Lx 3, however, required no action from me because the headset was working out of the box.
With OpenMandriva, the headphones were also functional for playing on Steam without any intervention from me.

On Fedora 29, I had to change to Windowed screen in each game individually to be able to tick the box in Plasma like this:
UPDATE:  Fedora 30 was released two days ago.  Just as with OpenMandriva Lx, the headset was fully functional for Steam games.

I could not do this on Mageia, so no sound for Steam games on that OS.  UPDATE: Almost a week after I posted this, I booted Mageia and ran Steam.  The headset is working perfectly now and I did not do anything.  Steam is not available on PCLinuxOS, I believe, so I did not try on that OS.

As for Elive 3, to enable the headset, one has to go to the sound configuration from the menu: 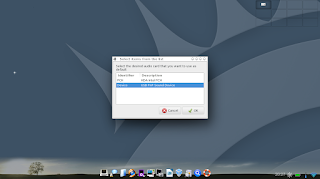 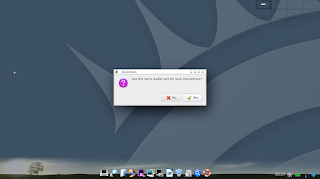 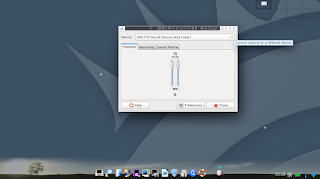 I do not run Steam on Elive, so I do not know if this process can work for that particular purpose.