Prufrock, Mandriva, and other Observations 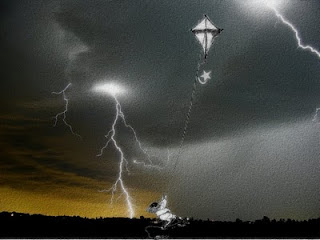 One of the most well-known poems by T.S. Eliot is The Love Song of J. Alfred Prufrock, in which there is a clear portrayal of how uncertainty becomes a paralyzing, counterproductive force. Prufrock wants to do something about his life, but his mind wanders and the continuous promise that "there will be time" to act prevents him from toeing the line and reaching out to what he wants.

This very same situation can be argued about Linux distributions and becomes particularly relevant concerning Mandriva Linux in the context of the stormy times that it has been facing.

Why? Well, one of the greatest strengths of Linux, in general, is community participation, or volunteer work. It is no secret that this mysterious factor bedazzles analysts and challenges economic paradigms: talented people invest their effort and time to develop a product even when they are not receiving any money for doing so. Their commitment makes it possible to find answers to the most diverse problems (ranging from security holes to minor tweaking of the final Linux distributions or free software) in a fraction of the time that mega-budget companies need to release patches or updates.

Mandriva S.A. has two main assets: an enormous community and a nice product that includes tools than no other Linux distribution has, such as its Mandriva Control Center. Yet, it is the community that I would like to discuss here. A community is, in the end, a group of individuals, each one having his/her personal motivations, goals, and needs. Studies have shown that communities work because individuals understand that the wellbeing of the group somehow ensures their own wellbeing. This group-sense creates a collective culture that benefits everyone, even the "least productive" or the plainly unproductive members of the community.

Linux users show different attitudes. Free loaders are particularly problematic since they complain a lot and contribute with nothing to the common goal (bringing the developers' morale down sometimes with their leech-like lifestyle). These are the Prufrocks in the Linux community: they stay distant, entangled in a million indecisions and bringing nothing onto their plates.

The anxiety levels in the Mandriva Community chat forum have reached a boiling point as Mandriva S.A. has failed to communicate future plans involving the development of the desktop distribution to the members of the community. Mandriva users have waited patiently but no official words have come from representatives and, when enough is too much, anxiety can become a propeller.

So, following the lyrics of the French National Anthem ("Aux armes, citoyens, /Formez vos bataillons"), a member of the Mandriva community made a call for community organization to fork from the company and continue developing the beautiful distro. The response was one of approval.

At this point, I am sure that there are many self-calming J. Alfred Prufrocks thinking that "there will be time to contribute" and asking themselves if they have the courage to do something minimal ("to eat a peach", in the poem). With their passivity, all they are doing is staggering the progress of the distro they use.

I, for my part, lack expertise concerning packaging, so I cannot help there... But, if "the moment is forced to its crisis", I will work hard translating because I like Mandriva.

I will do it stealing time from the little time I have. For as long as I have strength. For free.

And I am not alone.

UPDATE:
Thanks to srlinuxx, from Tuxmachines.org, I discovered that, at last, there are some new words on the Spring Version release. Thank you!
en junio 27, 2010