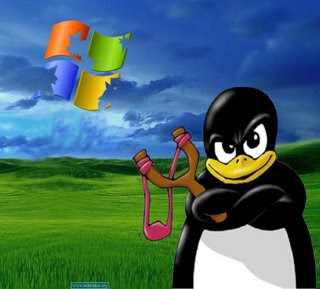 I might be very passionate about Mandriva Linux, granted. After all, not experiencing a single virus attack for over a year of heavy internet surfing WITHOUT an antivirus can be very motivating. The BEAUTY of the system itself contributes, too. Seeing that a computer can be used safely, simply, and even artistically by people who where formerly paralyzed by fear is what makes me tell others about Linux.

I want to tell the world : "No more blue screens! No more panic! No more sluggish performance after a while!" That is how I see Linux: as a friendly community, as people who care for others and want to help computer users in need.

Windows users generally know very little about Linux. When they become interested and decide to try it, as they think that Linux is ONE OPERATING SYSTEM, they retreat baffled when they hear about Ubuntu, Kubuntu, Mepis, Xubuntu, Mandriva, Mint, PCLinuxOS, Tuquito, Sabayon, OpenSuse, Fedora, Debian, Slackware...or any other of the 300 available distributions.

Just imagine this poor Windows user locked in a room, surrounded by 300 bouncing penguins crying out: "Try me, try me, TRY M-EEE!" Appalled, the user yells: "But which one is Linux??" For two or three seconds, the penguins remain quiet and then, with a renewed vigor of bouncing,the penguins synchronize their squalling...the sound wave hits the ears of this person: "I AM!!!" 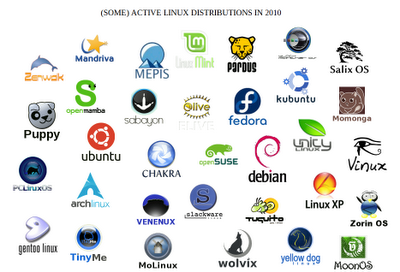 I felt that way when I decided to give Linux a try. However, that is not the point of my discussion.

Windows users sometimes feel reluctant to approach Linux because of how Penguin lovers treat them. Windows might be a flawed OS, but throwing stones at its users does not help them.
After all, most Linux users were Windows users once.

As there are Linux distributions and forums, there are communities behind them. Some of them are friendly and welcome new Linux users; others scare them away. Everyone should know this.

In my navigations through forums, I realized that there are Linux distros that I dare not touch, not because of the distro itself, but BECAUSE OF THE COMMUNITY BEHIND IT.

No offense, but although I personally dislike Ubuntu (the distro) and its company (Canonical), the community is wonderful. They work hard to HELP and maybe that's one of the reasons behind Ubuntu's popularity. The Ubuntu slogan ("Linux for human beings") becomes a reality in Ubuntu's community.

Mandriva's community is amazing. They welcome you as a member, help you, and TEACH you, not only about Mandriva, but also about off-topics. They even have a community chat where everyone can start threads about virtually ANYTHING. They do not offend you, even if you offend them with real silly questions. I once read a thread posted by a person who asked for help to UNINSTALL MANDRIVA AND PUT WINDOWS. I thought the Mandriva forum administrators were going to butcher him, but people replied and helped him... maybe not very happily, but they taught him what he wanted to know.

Mepis forums might be small, but they are cozy. There, I read a post that went like this: "Although it is probably late for saying this, let me say it: WELCOME TO MEPIS!" How good is that, I ask? You really feel you mean something in Mepis.

Now, again, without meaning to offend, I won't go anywhere near PCLOS... I understand the value of one's own exploration, etc., but, plainly, their forum rules make you feel UNWANTED there.

So, people should really think about this before starting their trip to TUX Land...Please remember that turning against Windows users or novice Linux users antagonizes the very spirit of Free Software: the COMMUNITY is the POWER OF TUX.
en junio 16, 2010